In 2013, Angelina Jolie sparked a debate when she announced she had surgery to remove her breasts. She did so preventively because she has a genetic mutation called BRCA1, which greatly increases the risk of breast and ovarian cancer, but some questioned the radical approach. Now Jolie has had another preventive surgery, to remove her ovaries and fallopian tubes. This surgery, however, is far less controversial to doctors.

“This decision is more straightforward than the [one] to have the breasts removed,” says Dr. Karen Lu, chair of gynecologic oncology at MD Anderson Cancer Center.

BRCA1 increases a woman’s risk of developing breast cancer by 80% to 90%, and up to 50% for ovarian cancer. But doctors can screen for even the smallest tumors in the breast and get a heads-up on when the cancer is growing. That allows many women to have a lumpectomy followed by radiation and further screenings as opposed to a single or double mastectomy.

That’s not the case with ovarian cancer. Because there’s no good way to screen for it, it often isn’t caught until it has progressed. “It is incurable in most cases for the vast majority of women,” says Lu. Most cancer groups recommend the surgery Jolie had, generally by age 40 or 45, for women with BRCA1 or BRCA2 mutations. Jolie will turn 40 in June. 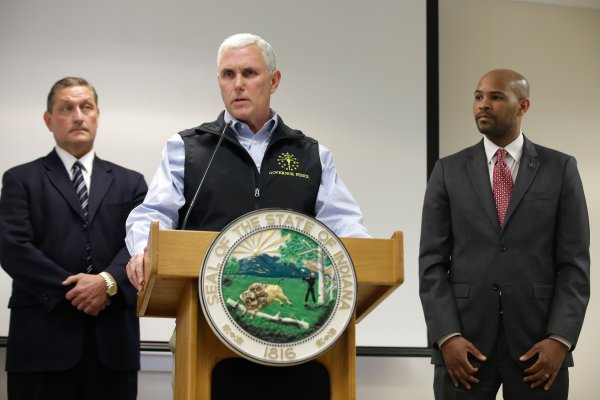 HIV Levels in Indiana Spark Alarm
Next Up: Editor's Pick