There are always going to be old cranks going through life saying, “It was better in my day.” It’s sad, however, when that crank is Fran Lebowitz, the New York City wit known for her insightful barbs, her unique sartorial sense, and her urbane sophistication. It’s also unfortunate that her latest cause célèbre is one that comes around every spring and is as tired and small minded as the clichéd shouting at the kids to get off the lawn.

Yes, Lebowitz is the latest to tell men that they shouldn’t be wearing shorts.

In an interview with Elle magazine, Lebowitz says, “Men never wore shorts when I was young. There are few things I would rather see less, to tell you the truth. I’d just as soon see someone coming toward me with a hand grenade. This is one of the worst changes, by far. It’s disgusting.”

As someone who wears shorts every day from May until September – yes, even to work – I would have to disagree.

Lebowitz isn’t the only one griping. Last summer, Alan Tyers took to The Telegraph to complain about men wearing shorts, even with suits. In 2011, fashion designer Tom Ford issued his five fashion rules in AnOther magazine, and one was, “A man should never wear shorts in the city.”

Lebowitz biggest complaint seems to be that she thinks these men look silly. “It’s repulsive. They look ridiculous, like children, and I can’t take them seriously,” she says. I have a few problems with this argument. First of all, no one is condoning all shorts, just like no one can condone all sandals or all raincoats. A main wearing a pair of tailored, knee-length shorts with business attire (or, heck, even a polo shirt) is completely acceptable. I’m not going to argue for those baggy khaki cargo shorts that are a scourge to fashion. But there are definitely pairs of shorts out there that are as fashionable and acceptable as a pair of pants. If Lebowitz doesn’t like an extra bit of skin, that’s her problem.

Why shouldn’t men wear shorts? First of all, it is hot in the summer, especially on the New York City subway, one of the places where Lebowitz complains about men wearing shorts. Why shouldn’t men get to be as comfortable as women in the heat?

Every day in the summer I wear a suit with shorts, a look J Crew got some heat for introducing last summer. The main reason I like this is because I ride a bicycle around New York, and it’s a lot easier with no fabric below the knees. Lebowitz herself says that she liked New York back when George Plimpton used to ride his bike around wearing a suit. I do the same thing, just with my ankles in the breeze. You would think that Lebowitz, a woman who has been wearing men’s suits since the ‘70s, would prize such eccentricity. No, instead she’s slagging them off and becoming as conservative as everyone who grumbled behind her back 40 years ago.

Lebowitz’s other problem is that she doesn’t like the caliber of men who are wearing shorts. “It’s like any other sort of revealing clothing, in that the people you’d most like to see them on aren’t wearing them,” she says. “And if they are, it’s probably their job to wear them. My fashion advice, particularly to men wearing shorts: Ask yourself, ‘Could I make a living modeling these shorts?’ If the answer is no, then change your clothes. Put on a pair of pants.”

Now, I hate to give any ammunition to the awful and juvenile men’s rights activists who lurk in the darker parts of Reddit, but could you imagine what would happen to a man saying these same things about a woman? What if a man said that women should not be wearing miniskirts unless they’re models? What if he said that they should cover up? What if said that they were disgusting for showing so much skin? He would be pilloried and buried under all the ample outrage that the Internet can muster. And rightfully so. There’s a reason that Michelle Obama was celebrated for baring her head in Saudi Arabia, a country that makes its women cover up.

In the summer, women can wear skirts and shorts and be comfortable in the sweltering weather. They can even wear such attire to work if it’s tasteful and well-tailored. Shouldn’t men be offered the same relief? Shouldn’t we be able to catch a little bit of a draft on our lower extremities? There are more and more options for menswear these days (mostly because it’s the fastest-growing segment of the garment industry), and something other than pants for the warmer months should be just as accepted in the subway cars and boardrooms of the country as women wearing garments that show off their calves.

Sure, there is a time and a place for everything, and no one should show up rocking a pair of brotastic Chubbies to the White House or a pair of ‘70s basketball nuthuggers to a job interview, but a man in a pair of tasteful shorts can be just as fashionable and dressed up as a dandy in a three-piece suit. Just look how good fashion icon Nick Wooster looks wearing shorts with blazers. Oddly enough, one of his fashion essentials is Metropolitan Life by none other than Fran Lebowitz. I’m sure he’ll be sorry to learn what a crank she has become.

In this interview, Lebowitz shows that she’s biased against progress and change by hewing to a conservatism that not only shames men and their bodies, but also shows just how behind the times she truly has become. That’s the long and short of it. 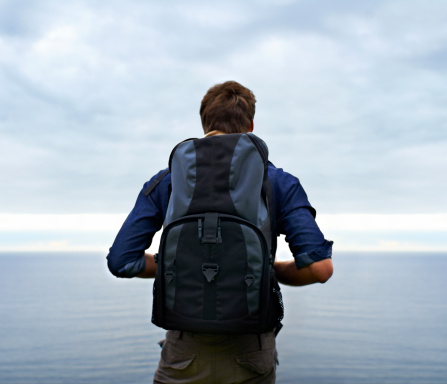 Why Everything I Own Fits in One Bag
Next Up: Editor's Pick