As with Meerkat, Periscope lets you broadcast live footage of whatever your iPhone’s camera is pointing at: Your friends at a birthday party, your dinner sizzling on the stove, your view from a train window. You can also choose to share a link to your broadcasts over Twitter, a helpful feature for users with large social media followings to quickly amass sizable live audiences — and a feature also shared by Meerkat.

Where Periscope differs from Meerkat is that it app makes it much easier to save recordings of livestreams in the app for yourself and others to view later. Meerkat has a feature intended to let you save your broadcasts to your device, but many users have reported issues with that option.

Periscope was being developed as an independent service until Twitter acquired the company back in January for what’s said to be $75 million or more. That acquisition came just weeks before Meerkat took off among early adopters and journalists, early success that was amplified as the app spread by word-of-mouth during this month’s South By Southwest Interactive technology festival. News of Twitter’s purchase of Periscope didn’t become public knowledge until after Meerkat started making the rounds.

The two services are now poised to compete with one another to become the livestreaming app of choice. Meerkat has the advantage of being first — “Meerkatting” is already a verb synonymous with instant live broadcasting over smartphones, even though similar apps have existed before. However, Periscope is a Twitter-supported app, meaning it alone will have access to Twitter’s social graph and marketing team. It’s also a more polished app; Meerkat was coded in a short amount of time and has the feel of a product made during a hackathon, even if its creators are pumping out updates at a high frequency.

It’s unlikely there’s room for two separate apps that do much the same thing. Only time will tell which app winds up a home screen staple, and which is relegated to a footnote in mobile history. 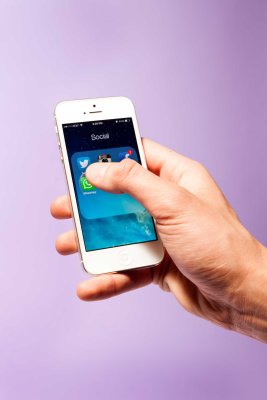 These Are the 5 Best iPhone Apps of the Week
Next Up: Editor's Pick