Watch Cate Blanchett Drop the F-Bomb in a Cinderella Interview

Cate Blanchett, one of the stars of the new Cinderella, recently turned the airwaves blue in a highly unorthodox interview about the movie that aired in Australia.

First, Channel Ten’s Jonathan Hyla said he’d planned to add alcohol to the mix: “I was going to bring like a six pack of beer. You seem like the type of person that we should just crack open a beer and just have a chat,” he says to Blanchett.

To which she responds: “This date is not going well, I do not drink beer.” But she goes on to suggest potato vodka might help on a hypothetical date.

After a bit of flirtatious banter, the two eventually agree to “start over” and reintroduce themselves to each other. But Blanchett can’t keep a straight face when Hyla asks about how she wrangles a cat on a leash in the film.

“I tried to put my girlfriend’s cat on a leash, and it just never works for me,” Hyla says. Blanchett fires back, “Seriously, that’s your f**king question?”

Correction: The original version of this story relied on an incomplete version of the video to report Cate Blanchett’s comments. The post has been updated to include the full video.

Read next: Watch This Princess Rap Battle Between Cinderella and Belle 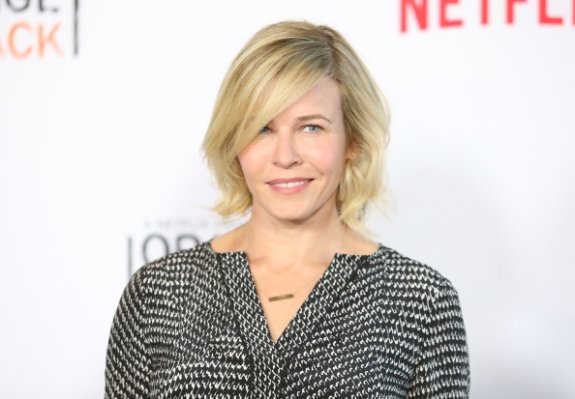 Chelsea Handler Says Bill Cosby Once Tried to 'Cosby' Her
Next Up: Editor's Pick