Facebook Is Playing a Brilliant Long Game for Your Attention

Remember Facebook Deals? How about Beacon, the ad-sharing feature that collapsed in a privacy scandal? Did you ever use Facebook Gifts while it was around? And when was the last time you fired up the Flipboard-like Paper app, if you ever downloaded it at all?

Facebook’s track record in releasing new apps or features is spotty at best, with a trail of outright failures running through the company’s history. This week, as the company announces new initiatives at its F8 developers conference, you have to wonder which ones will end up falling by the wayside.

And yet, taking the long view, you also have to wonder whether any new crop of failures will matter at all. Because when Facebook conceives new ideas and turns them into apps or platforms, the company is taking the long view. Facebook isn’t trying to bat 1.000, or even have a .407 season. Even with its collective failures, Facebook remains beloved by investors, who have pushed its stock up 232% over the past two years.

From that perspective, it’s more important to see what Facebook is trying to accomplish with its newly announced offerings, rather than looking too closely at the announcements themselves. With that in mind, here’s a quick summary of what Facebook has announced so far at F8:

These are only the latest announcements. On Tuesday, Facebook unveiled On This Day, a feature showing users archived posts as their anniversaries roll by. On Monday, Instagram announced Layout, a new app that combines multiple photos into a single image. Over the weekend, word leaked out that Facebook was talking with media companies about hosting content inside its platform. And last week, Messenger added the ability for friends to send payments to each other.

Tech keynotes have become like Christmas stockings, a grab bag of new goodies that, handled right, fill gadget lovers and developers with either glee or disappointment. Facebook’s stocking this week wasn’t as squeal-inducing as some of Apple’s have been. But again, that’s not the goal. The goal is to keep innovating, to keep iterating, until something gels with user behavior, gaining enough traction to become a part of their daily lives.

In fact, many of Facebook’s newer initiatives are largely do-overs of its past misfires. Beacon was re-engineered in Facebook Connect, which also shared user information on third-party sites–and AppLinks, a feature mentioned in the F8 Keynote, takes that integration a step further with deep linking. Facebook Places, launched in 2011 to kill off Foursquare and shuttered a year later, was reborn this year as Place Tips, aiming once again squarely at Foursquare.

In the weekly tech news cycle, these little revelations seem ephemeral, even trivial. Take a few steps back and look at the longer-term perspective and something more significant emerges: Facebook is mutating, virus-like, to adapt to how we interact with each other online. In conference calls with investors, Mark Zuckerberg and Sheryl Sandberg repeatedly warn they won’t monetize products until they resonate with a large base of users. That was the case with Facebook’s original Web site, and it’s still the case with Instagram and WhatsApp.

Facebook’s own Messenger app is a clear example. After launching as a “Gmail killer” in 2010, the original Messages feature became a staple of the site and, eventually, a distinct app. When the company later bought WhatsApp, some worried Facebook would spoil it by turning it into an all-in-one messaging platform like WeChat or Line. Instead, WhatsApp remains largely unchanged, while Facebook is amping up Messenger from app to platform, with an ecosystem of third-party apps on top.

Of all the F8 announcements, Messenger is the most interesting. By letting users download apps directly inside conversations, Facebook is making it easy to distribute apps virally–a huge draw for developers considering Facebook’s platform. If this plan succeeds, Facebook would be hard to rival in the messaging space.

But Facebook didn’t stop there. Messenger is also becoming a line of communications with companies. Deals and Gifts were attempts to anchor ecommerce inside Facebook that largely fell short of Facebook dream of getting consumers to interact as closely with brands as they do their friends. If Messaging–which chronicles transactions from purchase to delivery inside a single thread, aiming to make ecommerce as personal as in-store buying–doesn’t achieve that original goal, it’s a big step toward it.

Not all of Facebook’s new efforts are very far along. In opening Parse up to the Internet of things, Facebook cited examples like push notifications when garage doors open or close, or reminders that a plant needs to be watered. These feel like applications that make people dread push notifications or wired homes in general. But Facebook is working with chipmakers to build Parse support inside processors, so there’s clearly a long-term game being played here as well.

Some of these new features may fall by the wayside, prompting snickers by observers. But the real question–as is usually the case in Silicon Valley–is how will Facebook respond? If you don’t love the new Messenger or embedded videos, Facebook is all right with that. It doesn’t need you to love them. It just needs them to be just useful enough among your friends that you start using it yourself. 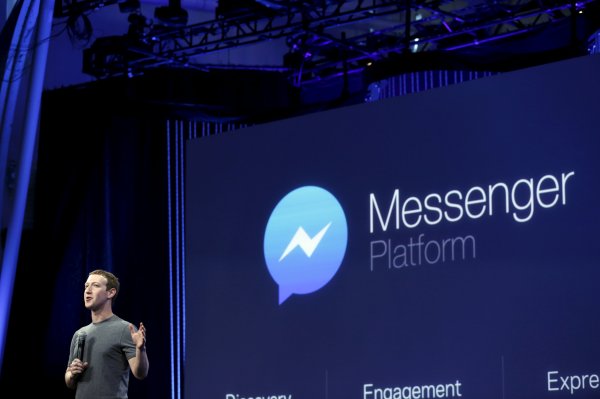 Facebook Messenger Is About to Get Way More Useful
Next Up: Editor's Pick