This U.S. Student's Sneak Peeks of Her Enchanted Life at Cambridge University Have Got Her 300,000 Instagram Followers

Caroline Calloway is living a privileged life and getting a huge following on Instagram in the process.

The 23-year-old New Yorker is currently studying art history at the prestigious Cambridge University in Britain, and her awestruck musings about the iconic institution, coupled with photographs of her experiences there, have captured the imaginations of over 302,000 people on the photo-sharing social network.

“I love Cambridge so much, in the evangelical way only an immigrant can,” one of her posts reads. “In the States we don’t have castles – it’s literally like if one part of one old building in Cambridge was transplanted to America it would be our greatest national treasure.”

And Calloway likes the castles. A lot. “But here’s the crazy thing about Cambridge. There’s not just one castle,” she writes. “There’s not even ten castles. Cambridge is a city of castles.”

She also loves the fine dining and the zillion pieces of cutlery she’s apparently still figuring out how to use.

And the halls where that food and wine (yes, wine, as an American she’s thrilled to find out her college actually provides alcohol to students) is served, as well as much of the rest of Cambridge, have her constantly making Harry Potter analogies. To be fair, they do have to wear robes, and there’s an admittedly photoshopped picture of her best friend who kind of looks like a member of the Weasley family.

And some of her photos can’t be called anything but magical.

Calloway is now writing a book about the life of Cambridge students, the Cambridge News reports, and plans to release a collection of essays (with pictures, of course) in 2016.

In the meantime, check out her amazing fairytale life on her Instagram page.

Read next: Education Does Not Make You a Happier Person 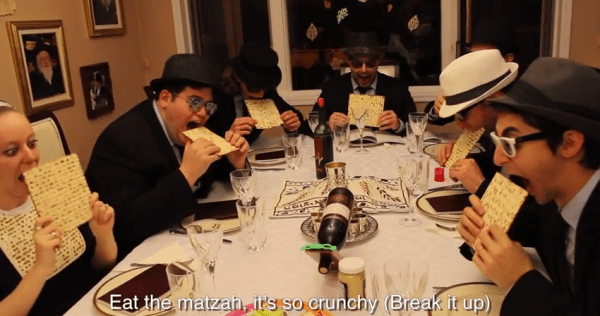 Watch a Passover-Themed A Cappella Parody of 'Uptown Funk'
Next Up: Editor's Pick