Jon Hamm Breaks Silence on Rehab: 'Life Throws a Lot at You Sometimes'

The last 24 hours haven’t been easy for Jon Hamm.

As the cast of Mad Men promotes the final season of their hit show (set to premiere April 5), the star has been forced to take his private struggle with alcohol addiction public after news broke Tuesday he recently completed a 30-day treatment program.

“Life throws a lot at you sometimes, and you have to deal with it as much as you can,” Hamm told Australia’s TV Week on Wednesday. “I’ve been very fortunate that throughout the most recent 24-hour period, I’ve had a lot of family and friends support me.”

And though it’s easy to draw parallels between Hamm and his troubled character Don Draper, the actor, 44, demurred to make a concrete connection between his personal life and onscreen work.

“Obviously there can be a lot of discussion about how much of this is related to that, and honestly I don’t have much to say about that either,” he said. “I’ve said in varying ways that acting can be a difficult endeavor, certainly not as difficult as the recent example I used of being a baby heart surgeon. But it does present its own challenges, and so does life.” 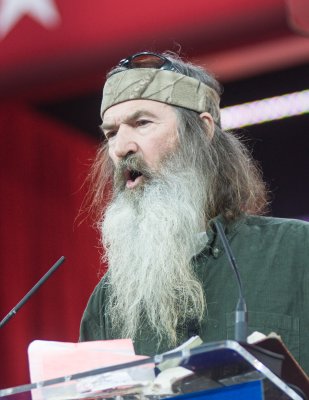