It’s finally coming—we hope. Rihanna took to Instagram on Wednesday to tease what looks to be her new album.

Rihanna shared a picture with the hashtags “#R8,” “#BBHMM” and “#March26,” plus a link to her site RihannaNOW.com (which leads to the same picture and hashtags). Fans have previously used #R8 on Twitter to discuss Rihanna’s highly anticipated eighth album, and many are speculating that #BBHMM stands for “B— Better Have My Money” a possible name for either a new single or album.

Rumors have swirled for months about the release date of Rihanna’s first album in almost three years. Anticipation grew when she released a collaboration with Kanye West and Paul McCartney, “FourFiveSeconds” and teased two other songs on Instagram.

The artist’s enigmatic announcement comes just a few days before Home, an animated film to which she lent her voice, premieres on Friday. Watch Rihanna and co-stars Jim Parsons and Steve Martin discuss the film and the possibility of alien life below. 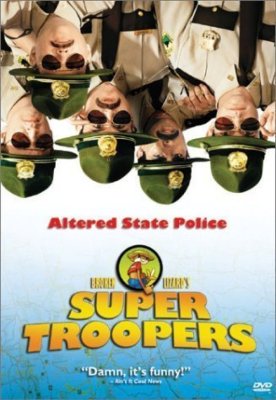 Super Troopers 2 Raises $2 Million in Just Over 24 Hours
Next Up: Editor's Pick