This Is the Best Budget Gaming Laptop You Can Buy

This post was done in partnership with The Wirecutter, a list of the best technology to buy.Read the full article below at TheWirecutter.com.

There’s no such thing as a perfect budget gaming laptop, and every one we’ve tested so far has at least one serious flaw. But after 40 hours of research and testing, we determined that the $1,100 Asus ROG GL551JW is the budget gaming laptop we’d recommend for most people because it has the best gaming performance and best build quality among the competition, and for the lowest cost.

The GL551 has uncommonly good build quality compared to nearly everything else in this category. Plus, it keeps the most important parts of a gaming laptop at a reasonable temperature—which cannot be said for the competition—and has a comfortable keyboard.

Expensive gaming laptops aren’t for everyone. Desktop computers offer better gaming performance per dollar, and ultrabooks are slimmer, lighter, and have much better battery life. Budget gaming laptops are a good fit for students and others who want to play games but have a tight budget and need a portable PC.

How did we pick what to test?

First, we determined the best possible combination of components that fit in our budget. Our ideal budget gaming laptop costs under $1,200 and has an Nvidia GeForce GTX 960M graphics card or better, an Intel Core i7 4700HQ CPU or higher, 8 to 16 GB of RAM, and at least 500GB of storage. We looked at every gaming laptop currently available, tested three finalists ourselves, and concluded that the Asus ROG GL551-JW DS71 is the best for those on a budget. (For more information on our criteria for narrowing down the field, see our full guide.)

The $1,100 Asus ROG GL551JW has amazing specs for its price. That’s the whole point of a budget gaming laptop. On the inside, it has a mid-range Nvidia GeForce GTX 960M graphics card with 2GB of dedicated memory, an Intel Core i7-4720HQ processor, 16GB of RAM, and a 1TB hard drive. (We originally tested last year’s model, the GL551JM, but the GL551JW is identical aside from its more powerful graphics card and faster CPU.)

With these specs, you won’t be able to play recently-released games on Ultra settings. Games like Dragon Age: Inquisition, Far Cry 4, and Watch Dogs must be bumped down to High or Medium settings to run at a decent framerate on any budget gaming machine.

Like every budget gaming laptop we tested, the GL551 gets too warm, with a surface temperature of 102 degrees Fahrenheit. But the underside of the chassis and the WASD keys stay at a reasonable temperature between 92°F and 94°F, which can’t be said for most of the competition. The fan on the left side of the laptop isn’t loud enough to distract from games or movies.

The Asus ROG GL551 has a comfortable, red-backlit keyboard and a decent trackpad. It also has uncommonly good build quality for a budget gaming laptop. Most are plasticky, hollow-feeling, and creaky. The keys on the Asus are deep enough, responsive, and comfortable to type and game on. The Asus is sturdy, and we expect its metal lid and palmrest to hold up better over years of heavy gaming.

The Asus’s battery lasted about 3 and a half hours during ordinary work at 50 percent brightness. It’s not what we consider to be “good” battery life, but it’s what you can expect from any budget gaming laptop at the moment. The Asus ROG GL551 weighs 5.95 pounds— nearly twice as heavy as an ultrabook, but much less than the 17-inch gaming laptop we recommend for people with bigger budgets.

The Asus has a few drawbacks, but they are not deal breakers. Few cheap gaming laptops have great screens, and the Asus GL551’s 17-inch 1920×1080 screen is bad. It has a pinkish tint and there’s little distinction between different intensities of white and black at the far ends of the spectrum, making it potentially difficult to spot enemies lurking in the shadows. The GL551’s speakers are flat, tinny, and quiet, so pick up a decent pair of headphones to get the most out of your gaming experience.

If our pick sells out, we recommend the $1,100 Lenovo Y50 with an Intel Core i7-4710HQ processor, an Nvidia GeForce GTX 860M with 4GB graphics memory, 16GB of RAM, and a 1TB hybrid hard drive. It has a better keyboard and speakers than our pick, but it had the hottest temperatures and the worst screen of the three laptops we tested. The Y50 also has a weaker graphics card and creaks and flexes more under pressure.

Some Lenovo laptops sold in 2014 and early 2015, including the Y50, contained Superfish: potentially dangerous adware that allows fake security certificates. If you buy (or already bought) this laptop, go here to see if you’re affected and here to remove the program and its certificate.

What if you want to upgrade?

If you’re not constrained by funds and want good gaming performance, it’s worth it to get something better. Check out our guide to the overall best gaming laptop.

The Asus ROG GL551JW-DS71 is the best budget gaming laptop for most people because it has powerful specs for the price, is well made, and is cheaper than the competition. It has a comfortable keyboard, and it keeps its most-used keys and bottom cooler than any other budget machine we tested. It’s not perfect, but no cheap gaming laptop is. 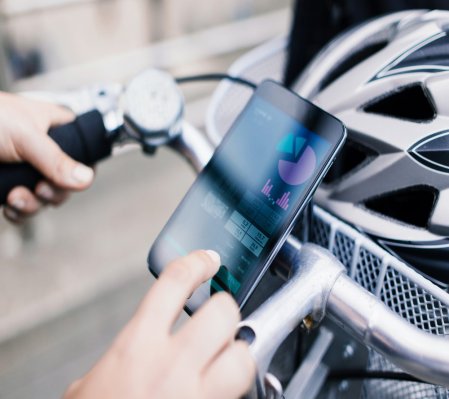 9 Bicycle Gadgets That Will Keep You Safe in Style
Next Up: Editor's Pick