Watch a Pilot Propose to His Flight Attendant Girlfriend at 34,000 Feet

Alaskan Airlines flight attendant Brandy Hollenbeck had flown from Seattle to Juneau many times before, but the March 18 flight turned out to be a surprising one for her and everyone else onboard.

Unbeknownst to Hollenbeck, her pilot boyfriend, Eric Greener, was hiding in the flight deck jump seat. And once the flight was in the air, Greener began addressing the cabin over the intercom.

“I happened to meet this beautiful blond flight attendant, who was sitting there … chowing down on a double cheeseburger,” Greener recalled. “All I could think, folks, was, ‘My gosh, a flight attendant who has the courage to eat a cheeseburger in the terminal is a woman to know.’ ”

He got a definite yes, by the way, in case you can’t tell by the couple’s beaming faces or the applause from throughout the cabin.

Hollenbeck was quoted by the official airline blog as being surprised by the proposal to the point that she continued serving coffee to passengers through most of it. “At one point I thought, ‘Someone up there is telling my love story!’ ” she said. 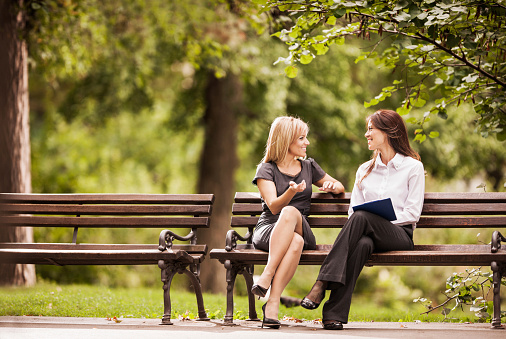 15 Ways to Empower Others in 15 Minutes
Next Up: Editor's Pick