The Surprising Trait That Gets Better With Age

And this increased sense of trust is linked with higher well being, says study co-author ClaudiaHaase, who also serves as director of Northwestern’s Life-Span Development Lab. While the elderly tend to have a reputation for being cranky and crotchety, this new research shows that they are actually “more likely to look at the bright side of things,” Haase said in a statement.

To explore this correlation, researchers conducted two studies. They first looked at the association between age and trust in almost 200,000 participants from 83 countries, using data from the World Values Survey between 1981 and 2007. Researchers found notable increases in trust with age—while 23 percent of 20-year-olds agreed that “most people can be trusted,” 35 percent of 80-year-olds agreed with the same statement.

The second, smaller study analyzed four years’ worth of data from the General Social Survey, and looked at 1,230 US adults aged 18 to 89 to identify a link between trust and age. The research concluded that trust not only increased with age, but was also correlated with higher well being in older adults.

This evidence might seem contradictory, since the elderly could be at risk for fraud or identity theft. But researchers hypothesized two reasons that age leads to trust: first, the elderly are motivated to give back to others, so they naturally look for the good in people. They also develop tightly knit, loving friend groups.

“On the structural side, we know that as people age, they prune their social networks such that as we get older we interact less with people we find less emotionally rewarding,” co-author Michael Poulin, associate professor of psychology at University of Buffalo, said in a statement. 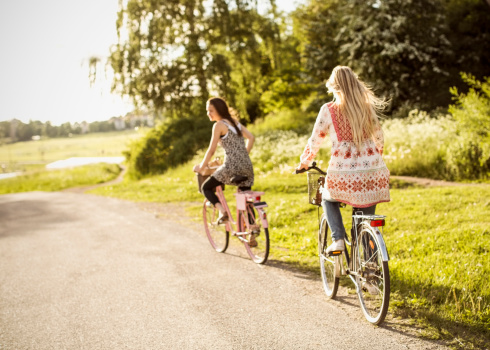 5 Health Benefits of Play
Next Up: Editor's Pick