Google's Self-Driving Car May Come With Airbags on the Outside

Google’s latest idea might be its craziest yet. The tech company has secured a patent for airbags that go on the outside of the car to protect nearby pedestrians.

Skeptics have questioned how safe Google’s driverless car can be, and the new patent, awarded to the company on Tuesday, suggests the Google is taking great strides to reassure consumers. According to the patent, airbags on the bumper of the vehicle would deploy when sensors detect an imminent crash.

Though normal airbags would send pedestrians flying in the other direction, likely injuring or killing them, the patent says the Google car airbags would be made of “visco-elastic material.” Though Google doesn’t specify what exactly that material is, Quartz describes it as something similar to memory foam that would cushion the blow to pedestrians so that they are not pushed to the street.

Though the idea sounds bizarre, Google is not the first to come up with it. Volvo also has outside airbags that raise the hood and come out of the windshield. (See a demonstration of the Volvo technology below.) But don’t expect to see these ballooning cars on the streets anytime soon: Volvo has not yet used the technology, and just because Google has acquired the patent doesn’t mean they’ll necessarily use it. 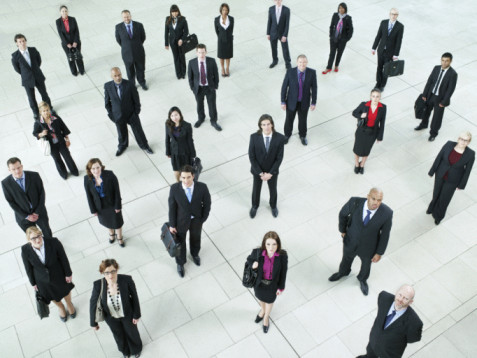 These Are the Largest Employers in Your State
Next Up: Editor's Pick