Angelina Jolie's Cancer Prevention Shouldn't Be a Model for All Women

© Photo Image Press/Splash News
Ideas
By H. Gilbert Welch
Dr. H. Gilbert Welch is a professor of medicine at the Dartmouth Institute for Health Policy and Clinical Research and the author of "Less Medicine, More Health: 7 Assumptions That Drive Too Much Medical Care."

It was the first thing I heard from my daughter yesterday morning. “Angelina Jolie wrote another op-ed!” she yelled down the stairs “She had her ovaries out.”

While I typically argue against cancer screening and against preventive medical interventions (save vaccines), I think this is exactly the kind of situation where preventive intervention makes sense. But, then again, Angelina Jolie Pitt is a special case.

Not because she’s wealthy, famous or married to a star – but because she has an exceptionally high risk for cancer. She carries the BRCA1 mutation, which makes her more likely to be at risk for breast and ovarian cancer. That’s rare: Less than 1% of women have a BRCA mutation. In addition, she has evidence of risk from the oldest genetic test of all: a family history. Her mother, grandmother and great-grandmother died from ovarian cancer. They were all in their 40s and 50s.

Jolie’s story is an extreme case that should not be taken for a model for most women. According to data from the Surveillance, Epidemiology, and End Results Program, the average American woman faces 1.3 percent risk of developing ovarian cancer over her lifetime. Jolie’s family history and BRCA1 mutation moved her from 1.3% to 50%, a more than 3,500% increase.

While Jolie makes clear that there a number of reasonable options for women like her to choose from, she decided to have preventive surgery to remove her ovaries. If I could possibly put myself in her shoes (carry the BRCA1 mutation, have that family history and become female), I bet it’s the choice I would make.

But the vast majority of us do not have the same high risks. For most women, medical intervention isn’t the answer. All of our interventions pose some harm (Jolie made it clear hers was no picnic). Some women require additional surgeries because something went wrong, and a few even die from the procedure.

Someone like Angelina Jolie. The rest of us, thankfully, are likely just average people at average risk. We’re better off not trying to anticipate what might go wrong in the future and instead focus on what is going right in the present. 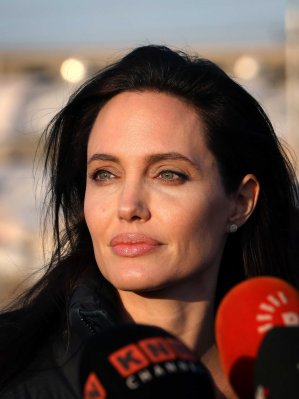