Starting next week, Nvidia Shield owners won’t have to be at home to tap into their PC gaming collections.

An update for Nvidia’s gaming handheld, scheduled for April 2, will add Remote GameStream as a beta feature. If you have a good enough Nvidia graphics card and upload/download speeds of at least 5 Mbps, you can stream your PC’s entire game library to Shield over the Internet. Nvidia is also adding wake-on-LAN support and remote login for PCs that have entered sleep mode or require a password.

I’ve been using a Shield and compatible graphics card on loan from Nvidia for about two months now, streaming games to the handheld over my local Wi-Fi network, and it has profoundly changed my gaming habits. Being able to play high-quality PC games on a handheld device means I don’t have to hog the living room television or isolate myself in my office. That means I can sneak in more gaming sessions than I would have otherwise. While performance isn’t flawless — occasionally I’ll have to go to my PC to deal with some windowing error, or restart streaming to clear up some choppiness — it’s usually good enough to play games at a high level of skill. (Here’s a longer review of GameStream that I wrote for PCWorld last month.)

But on the road, Nvidia Shield isn’t as useful. Sure, you can play Android games with it — particularly those that offer controller support — but they’re no replacement for full-blown PC games.

I have my doubts about whether GameStream will run smoothly over a remote connection, but then again, I was originally skeptical of Shield’s in-home streaming as well. And even if remote streaming isn’t flawless, it could still be useful for puzzle or strategy games that don’t require precise timing. I’ll be eager to check out remote streaming next week.

Nvidia is adding a bunch of other GameStream features as part of the update:

The Android side of Shield is getting some enhancements as well. A new interface for Nvidia’s TegraZone app will make organization easier, and Nvidia is making some usability improvements to its Gamepad Mapper software, which lets you graft controller support onto touch-based Android games. Nvidia is also updating the Shield to Android 4.4.2 KitKat.

Just to sweeten the deal a little more, Nvidia is cutting the price of Shield to $199 through the end of April, down from $249 previously. It’s still an expensive proposition, especially if you don’t already have the requisite Nvidia graphics card. But it could be a luxury worth having if you’d rather not be tethered to your desk. 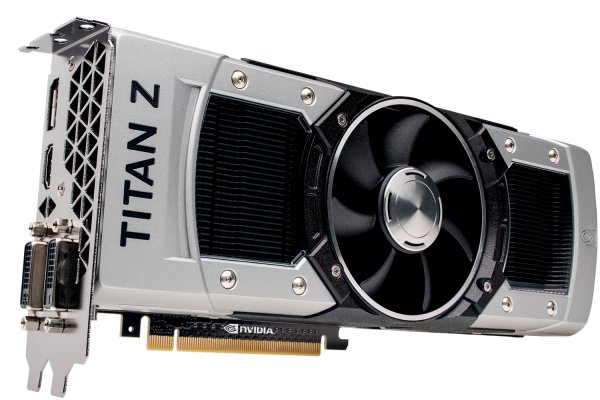 Nvidia's GTX Titan Z Will Do 5K 'Supercomputer' Gaming for $3,000
Next Up: Editor's Pick