This article is a response to this piece in The Federalist.

In it, the author, Heather Barwick, says she is against same-sex marriage because, despite being raised in what she describes as a nurturing, loving home with two parents, and being left by a father who she describes as having no interest in her, she feels her mother deprived her of a relationship with a father by being married to another woman and that all children raised in same-sex homes are being hurt.

Heather addressed her letter to me as part of the gay community, so mine is addressed to her.

First of all, I am sorry you are hurting. I am sorry you feel wronged and damaged by your upbringing. Your feelings are yours and thus are valid and no one can take that from you.

But I do have a problem with what you wrote, and as you said, “it might not be for the reasons that you think.”

You are against gay marriage. Fine.

I disagree with you strongly and think what you wrote is actively damaging to society; especially since you not only insult gay parents, but also single parents, adoptive parents, step parents, and parents of all orientations who use fertility treatments.

But my biggest problem is not your opinion. It is this: once again individual members of a minority group are forced to represent their entire collective.

You say, “Gay community, I am your daughter.”

No, you are not my daughter, Heather.

You can’t speak for my daughter any more than I can speak for your moms.

As a matter of fact, we’re close to the same age. Our kids will inherit the world we are both currently shaping.

But for some reason, you feel totally comfortable saying that you represent my child and your mother represents me. This is something minorities have to deal with all the time.

You are mad that your dad abandoned you. You blame your mom. Your mom is gay. I am gay. Thus, I am your mom.

If I follow your reasoning to it’s logical conclusion then it also applies to kids who have been hurt, or feel deprived and abandoned in the aftermath of straight relationships (which, by the way, happens in higher percentages than the kids of same-sex parents) which would mean traditional marriage should be banned. But you only want to talk about same-sex marriages, since that is your upbringing.

Since you like personal anecdotes, here is mine: I never met my biological father. This was my mother’s choice, not his, but it happened nonetheless. He has since passed away, so I also have no say in this. My mom married a man she fell in love with when I was three, he also raised me as his own until she died when I was 14. He then remarried (a woman) and the home became abusive and was damaging to me. I don’t need to get into details, but it was not the kind loving home that you describe with your mom and her wife.

Yet somehow, I never felt the need to ban all straight marriages because of it. I doubt anyone would ever propose that, because heterosexual marriage is the mainstream, and thus, each individual marriage, and parent, gets to be judged on their own merit.

This is something my wife and I have to deal with a lot. When it comes to our home and our family, we don’t have the luxury of being individuals, we are looked at to represent every lesbian home. It makes my wife angry. She wants to rage at the bigotry and the hate and violence. She has every right to. Change is often brought about by righteous anger. Being polite tends to create doormats.

I tend to handle things in a different way (because, gasp, my wife and I are different people despite both being lesbians). I try to live as what I call an “ambassador gay.” I want to mediate, to bridge the gap, to show how much we are alike, how normal and boring, and just like you I am.

For example, you and I are both moms and I bet our stories of being up at night feeding our infants and changing diapers would sound incredibly similar. I feel a lot of pressure to be the best mom, the best wife, the best person that I can be, not just for myself, but so that I can represent my community well. The reason I feel that pressure, is because of people like you who believe there is such thing as “people like me.” Like somehow every lesbian is just like me. Or every person of color is just like every other.

It’s the reason that when a film starring a woman tanks, Hollywood backs off, but John Carter can bomb without it leading to any shortage of testosterone fueled sci-fi films.

You are hurting and you have a right to voice your own opinion and point of view. Obviously, being raised in a same-sex home made you feel like you were deprived, despite the fact that you say it was a loving home. I am very glad that your husband is a good dad to your kids and you feel they want for nothing. I am sure it will be interesting for you to hear their take when they are grown.

But your experience is your experience and I would appreciate you leaving my daughter out of it and letting her speak for herself when she is old enough to have a voice.

My wife and I are going to make mistakes while raising her. Just like you are with your kids. There will be things that she hates about us and complains about us doing. Our hope is that these will be minor things and that in doing our best we will provide her with a foundation of love and support and some wisdom. She will definitely know that she was wanted, planned for and loved from the very beginning. That’s the best I can do as a parent.

Unlike you, I’m not the kind of person to make judgments about other people’s households. If I were, I’d be more worried about the hurt felt by kids raised in a home that actively belittles and campaigns against families that look different from their own. I’d be worried about a kid whose mother never outgrew the fantasy that somewhere out there exists a super parent who would have never disappointed her. And most of all I would be worried about the hurt caused to a kid who watched their mother project the feelings of rejection and hurt from a willfully absent father onto the person who stepped up and actually did the care giving and the loving.

But, I am not in your home, so I wouldn’t do that to you. 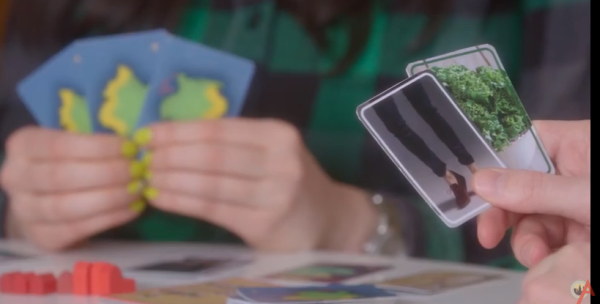 Settlers of Brooklyn Is a Game About the Hipster Millennials You Love to Hate
Next Up: Editor's Pick