I Judged Women Using IVF Until I Had Trouble Conceiving

I began my first and only round of in vitro fertilization in the very house in Atlanta where my mother had died of cancer just a few months earlier. The bureau in the guest bedroom that was once covered with my mom’s cancer meds was now blanketed with the syringes, medicine vials, and alcohol wipes I would need for my fertility treatments.

Starting IVF so soon after losing my mother probably wasn’t the sanest choice. But I’d learned around the same time I found out my mom was suffering from terminal cancer that I had the severest form of a disease called endometriosis. Surgery confirmed the only way I would be able to become pregnant was through in vitro fertilization.

My mom was still alive when my husband Alex and I decided we would go ahead with IVF. Her doctors in California had originally told her she had about a year left to live, and when I moved my mother out to Atlanta, Mom and I both anticipated we would be able to share my pregnancy, and that she would meet her grandchild before she died.

But the cancer had a mind of its own, and my mom died just six weeks after she moved to Atlanta. I didn’t have a lot of time to grieve before I had to make a tough decision. My reproductive endocrinologist made it clear that the scar tissue created by my endometriosis was growing so quickly, soon IVF would no longer be an option.

And, if I’m completely honest with myself, I had another, more tenuous motive, in choosing to undergo IVF so soon after losing my mother. As irrational as it now seems, I was looking for a sign. That she wasn’t gone forever. That part of her still remained close by, watching over me, wanting to make my dreams come true.

I went through the physically exhausting process of injecting hormones three times a day into my belly, getting blood drawn each morning at the doctor’s office along with regular ultrasounds, and afternoon phone calls from my nurse telling me about my hormone levels.

At the end of the first two weeks, my doctor harvested enough follicles to be able to later transfer two embryos into my uterus, ironically on the two-month anniversary of my mom’s death.

A week later, I took a pregnancy test (even though the clinic told me not to, false negatives and all that), and for the first time in my life, I saw two lines on the stick.

A phone call from my nurse a few days later confirmed the miracle. From that moment, the most complete form of bliss imaginable enveloped me. Every morning before he left for work, and at night when he returned home, Alex would talk to my belly (even though the creature growing inside me was only the size of a sesame seed) and kiss my stomach, and say “I love you” to what we thought would one day be our child.

But my womb wasn’t built right, not for carrying babies at least, and the rosebush planted in the sand soon died.

My nurse called me to say my pregnancy hormone levels were dropping, and I would miscarry within days.

Whereas the past few weeks had been in euphoric soft focus, now suddenly everything was real and sharp and painful. My baby was gone, and my mother was gone. Forever. Mom wasn’t behind the scenes, orchestrating happy events for the rest of my life. I lost the pregnancy, and with it all the hope I had in the world.

Soon after my miscarriage, Alex and I moved back home to San Diego, the city where we had met and fell in love years earlier. Out of the crucible of pain Atlanta seemed to represent, we had more time to reflect. We didn’t want to try again to get pregnant. I was emotionally wasted. I didn’t think I could survive another loss.

What might surprise you (because it sure surprises me) is how positive I feel about the whole medical wonder that is in vitro fertilization. I’d been trying unsuccessfully to conceive for two years when I underwent IVF, and the process allowed me to take back control of my fertility. With each injection, I was actively preparing my body for pregnancy. I finally felt I had some power and order in a world that, at the time, seemed so chaotic and random.

Word gets around when you’ve had IVF, and I often get asked for advice from friends, and friends of friends, whether in vitro is really worth it – worth the steep price tag, the physical pain, the emotional roller coaster. Despite my less than ideal experience with IVF, I tell these women it is their opportunity to take control of their bodies and their desire for a family.

I cringe at the thought of how judgmental I used to be toward women who had their children through IVF. In my 20s, I viewed celebrities as terribly selfish to undergo expensive fertility treatments when (I believed) there were so many adoptable babies who needed homes.

But there are no guarantees with adoption. A birth mother can change her mind. With international adoption (an avenue we pursued for a year) timetables change and foreign governments can alter the rules in the middle of the process. There’s also the completely natural desire to have a child that carries on your family’s traits. I often dreamed that my baby would have my mother’s warm, cat-shaped brown eyes, or my husband’s fierce intellect.

Ultimately, Alex and I decided to change how we viewed what our family should look like. Now, ours is a family of two adults. My husband and I have a relationship of smudged boundaries, where one of us does not feel whole and complete unless the other is present. Our connection brings me enough comfort and peace to be content with what we have, instead of focusing on what’s missing.

Recently Alex and I went to dinner on a Friday evening with our friends Susanna and David, recent transplants to San Diego from the East Coast. Alex and David had grown up together in New Jersey. And in a case of synchronicity, Susanna is a fertility doctor.

As we discussed our weekend plans, Susanna mentioned she had a birthday party to attend for a two-year-old. I asked if it was for the friend of one of her two young sons.

“Actually, no,” she answered. “It’s for the child of one of my patients.”

It took me a moment to realize what she was saying. “Your patients invite you to the birthday parties of the children you helped create?”

She smiled with humility. “I don’t really think of it that way.” But the answer was yes.

And there it was. IVF helps create families that once did not exist. Just because IVF didn’t work for me, that doesn’t mean it can’t make other women’s dreams come true. The word family can mean so many different things to different people. If medical advances can bring you the kind of bliss I once experienced, it’s a risk worth taking. 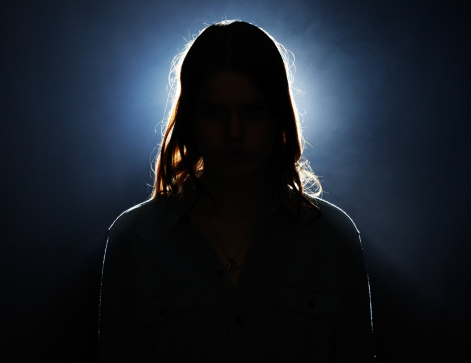 Why Female Extremists Perplex Us
Next Up: Editor's Pick