A group of researchers have released 4D ultrasound photographs that show the impact smoking during pregnancy has on fetus movement in the womb.

The top row shows fetuses of smoking mothers and the bottom row represents those of non-smokers.

The study, out of Durham University in the UK, found that the fetuses of women who smoke have higher rates of facial touching and mouth movement — normally there would be a declining rate. This suggests that fetuses who are exposed to cigarettes have a delayed development in the central nervous system.

“These results point to the fact that nicotine exposure per se has an effect on fetal development over and above the effects of stress and depression,” lead researcher Dr. Nadja Reissland said in a release.

The study looked at 20 fetuses, four of which had mothers smoking an average of 14 cigarettes per day. Although researchers say that a larger study is needed to confirm the results. 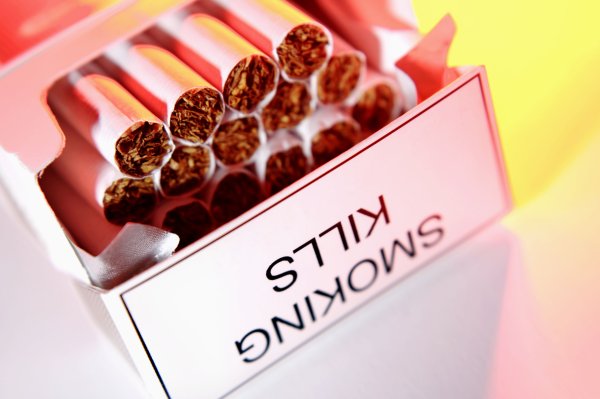 5 Things You Didn't Know About Tobacco
Next Up: Editor's Pick