Here's a Better Way To Do the Toothfairy

Alt fairy: a collection of animal teeth and a special message.
Courtesy of Pam Briskman and Randy Weiner
Ideas
By Ron Lieber

When the first big money moment came in the life of my child, I, the guy who plays Dr. Personal Finance in the newspaper each weekend, was not ready. My daughter had lost her first tooth, and my wife and I had no idea what the tooth fairy ought to put under her pillow.

So, we did what we always do these days when we’re stumped and need to move fast: we asked the Internet. It wasn’t helpful. There were the standard surveys that reported that the average parent offered up a few bucks and change. We just wanted to be a bit above average, in a world where every parent seems to desire the same thing these days. But we didn’t want to just outbid everyone else either.

Facebook was more useful—and somewhat alarming. Within an hour, dozens of messages poured forth from friends, with rumors of $20 bills in the wealthier precincts of the northern Chicago suburbs, and a $100 bill sighting outside of New York City.

We ended up following the suggestion of a tipster who noted that a $5 bill run through the fare machine in our Brooklyn subway station would yield a MetroCard and change in the form of dollar coins. That gold, plus some fairy dust on the window ledge, seemed like a fine solution on just a few hours’ notice.

Later, however, we heard of routines that were much better than ours.

One of our favorites came from our friends Bruce Feiler and Linda Rottenberg. Both of them travel a fair bit for work, and they often have spare change from other countries rattling around on their dressers.

So, when their twin girls began losing their teeth, they made a virtue of the loose coins. Every time one of them lost a tooth, they got money from a different country. The implicit promise was that one day, they, too, would be old enough to go to faraway places and spend it. Meanwhile, they also get a copy of the book Throw Your Tooth on the Roof, which is about lost tooth traditions in other countries. That way, they could begin to imagine what life was like in some of the places they would visit someday.

It was Pam Briskman and Randy Weiner, however, who had the most creative solution of all. They have been instructors for Teach for America, app developers, charter school founders and game designers at various points in their careers. So, they set the bar pretty high.

When their daughters lose a tooth, they give them back a tooth from a different animal, each one suspended in a glitter bath. The prize is accompanied by a note written backward so they have to hold it up to a mirror to read it, and it gives clues as to which animal the tooth once belonged to. They buy the teeth from a store in Albany, California, called the Bone Room. (The Bone Room takes phone orders, in case you want to up your game.)

I’m all for teaching kids about money at every possible turn. But sometimes, when money has somehow become the one and only point of a ritual, perhaps it’s time to step back and reassess it. What Briskman and Weiner do is not cheap; the teeth cost money and their efforts take time. But it’s modest in its own way.

Moreover, as Weiner explained, it’s not the thing itself—the animal teeth—that’s important. Instead, it’s the values and intentions behind it. Their message is that they honor the shared milestones and experiences that their daughters hear about in school. But rather than doing it like everyone else, they’re going to come up with a unique approach that will still give them something special to talk about if they want to.

There’s no reason to limit this unique approach to the tooth fairy either. You can call on it for birthday parties and vacations and any number of other situations where using and spending more money seems like the quickest and easiest way to keep your kids from feeling excluded from the conversation.

Money is quick, and it is easy if you’re not living paycheck to paycheck. But it’s not exactly creative, and it’s certainly not unique. Far better, then, to come up with a solution that is all your own. If you give yourself more than a few hours to figure it out, chances are, you have one in you, too.

Ron Lieber is the “Your Money” columnist for the New York Times and the author of the recent bestseller, The Opposite of Spoiled: Raising Kids Who Are Grounded, Generous, and Smart About Money, from which this was adapted. 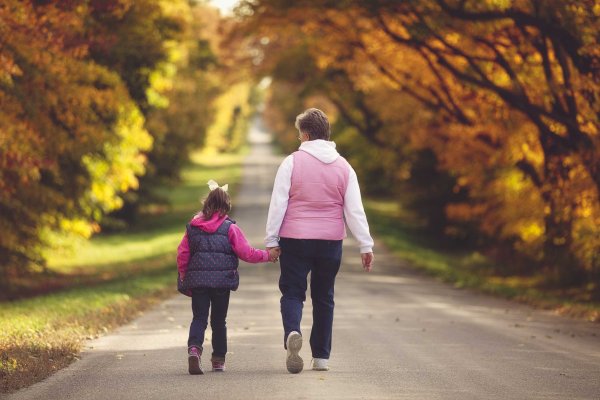 The Grandparent Deficit: Fertility Isn't the Only Biological Clock
Next Up: Editor's Pick