On the first episode of the Late Late Show with James Corden Monday night, Academy Award-winning actor Tom Hanks acted out the movies he is best known for, with the help of the late-night host. The duo started off the sketch with Forrest Gump and ended it nearly seven minutes later singing Randy Newman’s “You’ve Got a Friend in Me” from the Toy Story movie series. Other highlights include seeing the two recreate the rap scene from Big and watching James Corden pretend to be the Mona Lisa in their spoof of The Da Vinci Code.

Read next: Critics and Jay Leno Agree: James Corden is ‘Likeable’ on The Late Late Show 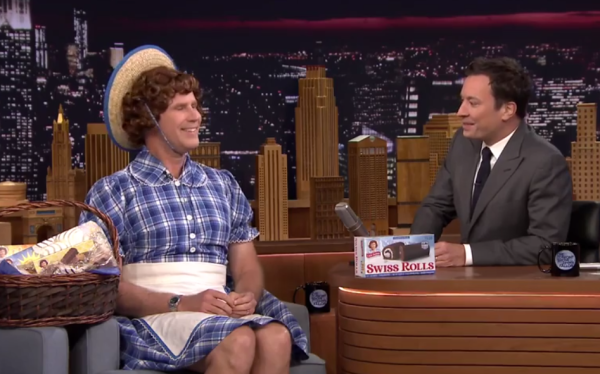 Watch Will Ferrell Dress Up as Little Debbie on The Tonight Show
Next Up: Editor's Pick