James Corden steps on stage for the first episode of "The Late Late Show with James Corden," in Los Angeles on March 23, 2015.
Monty Brinton–CBS/Getty Images
By Megan Gibson

James Corden made his Late Late Show debut on Monday and the British arrival was almost universally celebrated by critics.

In the run-up to the show, there a was much discussion on whether Corden’s British accent and humor would translate with American audiences. Yet after his debut, it appears that it wasn’t Corden’s Britishness that shone through, but his sheer affability.

Former late-night host Leno spoke to the BBC radio show Today early on Tuesday and summed up Corden’s appeal: “He’s a very funny guy and he’s an especially likeable guy. I think that’s sort of the key.” He added, “I think the era of ironic snarkiness in over in America.”

Other critics seem to agree with Leno’s assessment. Brian Lowry, in his review for Variety, wrote, “Unlike Letterman (and to a degree Craig Ferguson, who was content to simply be goofy much of the time), Corden comes across as natural and likeable.” Michael Slezak at TV Line wrote that “Corden came off as charming and unexpectedly earnest for a late-night host.”

Other critics made comparisons between Corden and NBC’s Tonight Show host Jimmy Fallon (also known for his non-snarky personableness). The Wrap‘s Dana Gordon noted that “The humour and musicality of Corden’s show are similar in spirit, if not execution, to Fallon.” While Tim Goodman at The Hollywood Reporter wrote in his review of the show, “This much was clear from Corden’s debut – he’s different. The glaring difference is that he comes without almost any snark, which is a modern American late-night talk show host must-have quality that was only recently spurned by Jimmy Fallon.”

But not every critic found Corden’s likeableness that, well, likeable. (The same could of course be said for Fallon.) Writing in for the Guardian, Brian Moylan noted some of Corden’s attempts to charm rubbed him the wrong way. “It’s like he’s a new guy at a small party who is working the room to win everyone over,” Moylan wrote. “He also has a bit of the embarrassing effusiveness that people find grating about Jimmy Fallon. Having respect for your guests is one thing, but gushing is never becoming, even if it’s over stars of this calibre.” 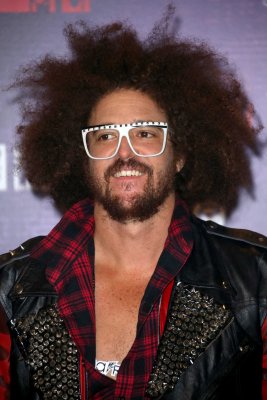 LMFAO's Redfoo Becomes the First to Leave 'Dancing With the Stars'
Next Up: Editor's Pick