The Problem With Netanyahu's Two-Statement Solution

Copies of ballots papers and campaign posters for Israel's Prime Minister Benjamin Netanyahu's Likud Party lie on the ground in the aftermath of the country's parliamentary elections in Tel Aviv on March 18, 2015.
Jack Guez–AFP/Getty Images
Ideas
By Rabbi David Wolpe
Wolpe is the Max Webb Senior Rabbi of Sinai Temple in Los Angeles, the author of eight books and has been named one of the 50 most influential Jews in the world by the Jerusalem Post.

A few days before Israel’s election last week, Hebrew newspaper Ma’ariv asked Prime Minister Benjamin Netanyahu whether no Palestinian state would be created under his leadership. He answered: “Indeed.” Netanyahu emphasized his resolve in an address in the East Jerusalem neighborhood of Har Homa. Recalling the biblical story of Pharaoh, he said that with God’s help, Yassir Arafat’s “heart was hardened.”

Reaction was swift. Inside Israel, Netanyahu solidified his base, which most observers believe was the intent of the remark (though in retrospect he was headed to victory in any case). Outside of Israel, there were three distinct reactions. Among those who have long opposed Netanyahu we heard, “I told you so — this man does not seek peace.” Among his supporters who argue that he really did seek a two-state solution under the right circumstances, as he promised in a 2009 speech at Bar Ilan University, was dismay. And among those who believe that the search for a two-state solution is a self-destructive enterprise for Israel, satisfaction.

Over the past week, I have spoken at length with supporters of all three views. I hold with those who are dismayed. This statement, coupled with his admonition to get out the vote because “Arab voters” were turning out in droves, makes it more difficult to fend off the noxious arguments of the pro-BDS movement about invidious racial divisions in Israeli society. Netanyahu tried to walk back his remarks in a later interview, but the effort felt tactical rather than principled.

Some of Israel’s most ardent backers resent any questioning of Netanyahu. They see an insurgent radical Islam that almost encircles Israel. Next to the danger of Israel placing a fledgling nation on its borders that would provide a gateway for an anti-Semitic enemy, concern over what Netanyahu did or did not say seems not worth discussing.

Nonetheless, diplomacy requires, well, being diplomatic. Support for Israel in the United States is still very strong (a recent Gallup poll showed that since 1998, support among Democrats has increased slightly and support among Republicans has risen dramatically). But one of the most common tropes among its supporters is that Israel is poor at messaging. This could be Exhibit A.

Netanyahu is a remarkable figure on the international political scene. He has been prime minister of Israel longer than anyone other than the country’s first prime minister, David Ben-Gurion. In a tumultuous political climate, he retains the confidence of a majority of Israelis. And as he said to the U.S. Congress, he may be the only leader in the world who has to wake up each morning literally wondering what must be done to ensure that his country survives. While the world argues what to do about an Iranian nuclear bomb and Islamic terrorism, he knows that his nation is a principle target of those threats.

All of this pressure and scrutiny make it that much more important that he not hand weapons to his opponents or make life harder for his friends.

The reaction of the Barack Obama administration to his statement — calling for a reassessment of the U.S. stance on unilateral declarations of Palestinian statehood at the United Nations — was precipitous and unwise, a seeming instance of allowing personal pique to dictate foreign policy. As counterproductive as such a change in U.S. policy would be, however, those who have been working diligently to prevent it find themselves in a much tougher spot than they did two weeks ago.

Handing your enemies rhetorical clubs to beat you with is an error. The ancient rabbinic admonition, “Sages, be careful with your words” applies equally to leaders. A two-statement solution is an artless way of avoiding the hard questions of a two-state one. 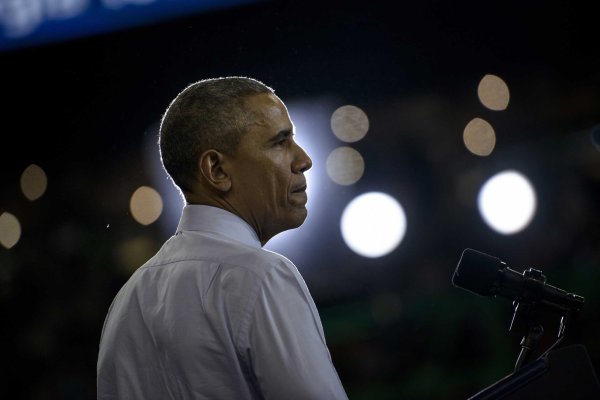 Obama’s Nuclear Deal Could Mean War
Next Up: Editor's Pick