Jennifer Lawrence Is Done With Mystique After X-Men: Apocalypse

Despite behind-the-scenes interest in a standalone Mystique spin-off, Jennifer Lawrence says the upcoming X-Men movie will be her last.

Lawrence, who took over the character previously played by Rebecca Romijn in 2011’s X-Men: First Class, told MTV News that X-Men: Apocalypse “is her last one, actually” at the premiere of Serena. The newest film in the franchise, which comes out in 2016, is a sequel to 2014’s X-Men: Days of Future Past and will complete the trilogy of the latest X-Men films, according to writer and producer Simon Kinberg.

Lawrence could be moving on to bigger things, but she might just have had enough of spending hours and hours getting painted blue every day. Watch the clip below of Lawrence and her Serena co-star Bradley Cooper: 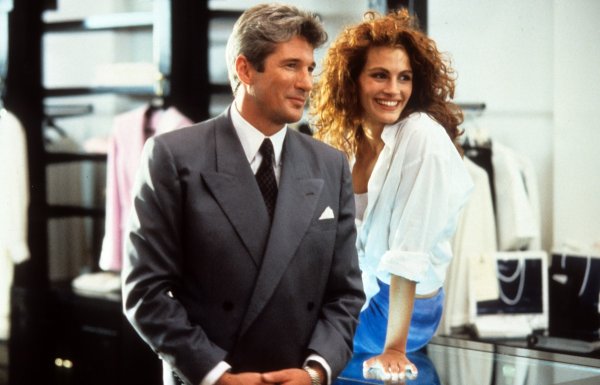 How Pretty Woman Ruined the Rom-Com
Next Up: Editor's Pick