How Plastic Surgery Can Make a Face Feminine

As a plastic surgeon, I’ve gotten a lot of questions about Bruce Jenner’s physical evolution, and the fascination with Jenner’s changing look is only going to deepen now that he has decided to come out as a transgender woman.

One thing almost everyone asks is, “What do surgeons do when a man comes to them asking to look more like a woman?” There are certain aesthetic characteristics that typify the feminine face, including a more laterally arching eyebrow, a narrower nose, smoother skin and fuller lips. Male faces, meanwhile, typically display deeper forehead furrows, straighter and thicker eyebrows, broader noses and rougher skin.

When treating male patients who are not transitioning, plastic surgeons are usually careful to avoid anti-aging or cosmetic treatments that “feminize” the face. Sometimes men with feminized faces aren’t going through a gender transformation—they may have gone to a plastic surgeon for one (or a hundred) too many little procedures resulting in that stereotypical Hollywood face with overly plump cheeks, inflated lips and flat-ironed skin.

If someone desires a fuller cheek or bigger lips and wants to look more like a woman, we can certainly enhance these features in a subtle and natural-looking way. But areas of the face such as these need to be treated conservatively or, rather than looking softer and more feminine, they may wind up as looking androgynously unnatural.

It’s important to note that our concept of what is a typically male or female look is evolving, as are the debates over boundaries between genders—thanks, in part, to moving portrayals of transgender individuals on television shows such as Transparent and Orange is the New Black. I would argue that if one were to examine the transgender character that Jeffrey Tambor plays in Transparent, one would notice that the changes reflective of a male-to-female transition are as much internal as they are external, if not more so.

It is Tambor’s overtly masculine physical characteristics (balding, bulging belly, hirsutism, jowls and wrinkles) that prompt the viewer to rely on more intrinsic emotional and psychological facets to give credence to his character Maura’s transition. Laverne Cox as Sophia on Orange is the New Black embodies some of the more stereotypically “bombshell” feminine attributes; though hormone replacement is part of her character’s plot line, Sophia is generally portrayed as simply living as a woman, whether it’s trading contraband for hair products or giggling with her prison girlfriends. Both Tambor’s Maura and Cox’s Sophia portray a realistic and believable combination of physical and emotional feminizing traits that champion femininity and gender identification.

As far as Jenner is concerned, the years of living in the Hollywood fishbowl of reality television, and in a family of women for whom physical appearance is an integral part of their business, will distort public perception. I hope it does not affect how he sees himself. 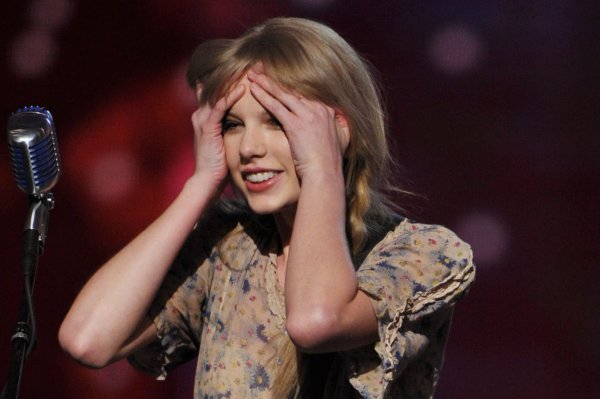 This SAT Practice Question Has Taylor Swift Totally Stumped
Next Up: Editor's Pick