Steve Jobs’s management style has been described in many ways, both positive and negative. Love him or hate him, there’s no denying what he accomplished: Within a short time, he built the most successful company on the planet.

Before that, though, Jobs was actually forced out of Apple (in 1985). A few months later, he founded another company. This startup, appropriately named NeXT, focused on producing high-powered computers for the higher education industry. A talented team left secure positions at Apple and followed Jobs to his new endeavor—evidence of how much people believed in him.

The following video shows excerpts of a company retreat that Jobs orchestrated during the first three months of the company. And it’s fascinating.

The lessons for entrepreneurs are plentiful. I’ve picked out eight that I feel are noteworthy. (I’ve also included the time frame from the video in parentheses.)

Jobs was well known as an excellent presenter, and his skills are on full display in his introductory speech. He uses repetition well. He’s enthusiastic. He’s natural. But most important, he believes what he’s saying, and he’s not afraid to put himself out there.

If you don’t get passionate about your idea, no one else will.

Jobs: “We’re doing this because we have a passion about it…because we really care about the higher educational process. Not because we want to make a buck.“

As an entrepreneur, there’s no greater feeling than providing a product or service that people feel will make their life better.

Throughout the video, Jobs probes and challenges his people. He doesn’t accept anything at face value. He wants to know why people feel the way they do. And often, he lets them know exactly why he disagrees.

Yes, Jobs could be overbearing. But as Guy Kawasaki (who worked for Steve Jobs twice) put it: “If you ask an employee of Apple why they put up with the challenges of working there, they will tell you: because Apple enables you to do the best work of your career.”

Jobs: “There needs to be someone who is the keeper and reiterator of the vision…. A lot of times, when you have to walk a thousand miles and you take the first step, it looks like a long way, and it really helps if there’s someone there saying ‘Well we’re one step closer…. The goal definitely exists; it’s not just a mirage out there.'”

As your company evolves, it’s easy to lose sight of what’s important. Culture shift is a danger.

But it’s your company. Don’t compromise on things you believe in. It’s what got Jobs kicked out of Apple in 1985, but it’s also why they brought him back–and what made Apple such a success.

As the NeXT team discusses its priorities, you can witness Jobs’s remarkable ability to focus on what’s most important, and even more critical, to defend why it’s important.

When team members challenge priority No. 1 (keeping the price of the computer at $3,000), Jobs vehemently defends it:

“They didn’t say if you made it go three times faster we’d pay $4,000…. They said, ‘Go to $3,000 [or] forget it.’ That’s their magic number…. Nobody else says that they can do that…. Whether it is or not, in reality, who knows. Whether it is or not in terms of their commitment to push us, we’ve established that.”

The team followed his lead, and price stayed priority No. 1.

You know what’s important, but can you prove why it’s important? If so, then your team will follow.

A member of the team proceeds to goes on a rant. She goes on and on, and Jobs remains patient…at first. But as she continues, his patience runs out. He interrupts to refocus.

Many years ago, I sat in on a meeting where a senior member of the team talked for 20 minutes without interruption. We were all thinking the same thing, but nobody had the courage to speak up.

Finally, another manager (who was new to the company) respectfully put an end to the speech, to everyone else’s relief. I learned a lot from that episode.

Be a good listener. Be patient. But know when you need to step in, and you’ll save a lot of time and resources.

As one team member laments past failures, Jobs speaks up:

“I don’t want to hear ‘Just because we blew it last time, we’re going to blow it this time….’ This is a window we’ve got…it’s a wonderful window.“

Any great entrepreneur knows that failure is part of the process. The more you try, the more you fail–but success is out there. You’ve just got to find it.

At the end of the weekend retreat, Jobs said the following:

“I find myself making lists of things we don’t know, and then I remember that our company’s 90 days old. And I look back to all the things we do know. And it’s really phenomenal how far we’ve come in 90 days.“

When you have a long road ahead of you, it can be intimidating to focus on what’s left. There will always be plenty to do.

Remember to look back at what you’ve already accomplished, and that can give you the motivation you need to move forward. 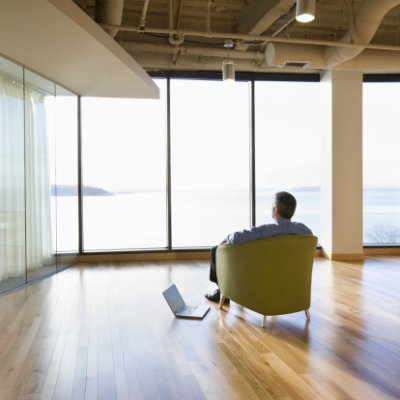 This Is Why Great CEOs Are Lazy
Next Up: Editor's Pick