UN Women has cancelled a partnership with Uber that aimed to create jobs for women at the company after objections were raised about Uber’s safety record with women and treatment of its drivers.

On March 10th, UN Women and Uber announced a partnership to create one million Uber jobs for women by 2020, as part of their endeavor to increase economic empowerment for women around the world. But on March 12th, the International Transport Federation published a letter criticizing the partnership, noting that Uber drivers often lack basic job protections like minimum wage and health care. “Women already make up a high percentage of the precarious workforce, and increasing informal, piecemeal work contributes significantly to women’s economic dis-empowerment and marginalization across the globe,” the ITF wrote. Uber jobs, they said, would “not contribute to women’s economic empowerment and represents exactly the type of structural inequality within the labor market that the women’s movement has been fighting for decades.”

So in a speech last week, UN Women Executive Director Phumzile Mlambo-Ngcuka quietly cancelled the partnership. “Not only are we listening, we are aligned,” Mlambo-Ngcuka said. “I also want to assure you that UN Women will not accept an offer to collaborate on job creation with Uber, so you can rest assured about that.” (UN Women is the branch of the United Nations that works to empower women and girls and to end gender discrimination.) 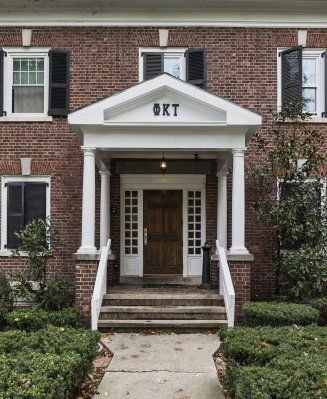 Before You Pick a College, Decide If You Want to Go Greek
Next Up: Editor's Pick