After moviegoing fell six percent in North America last year, studios are scrambling to promote films that can make it big at the box office this summer. And while traditionally that might mean luring young men who will bring their girlfriends and moms to reliable action franchises—from The Avengers 2 to Furious 7 and Jurassic World—it turns out that this summer’s best bet is probably women.

Unsurprisingly, 52% of the population is eager to see themselves represented onscreen. But such opportunities are scarce: only 12% of the protagonists and 30% of all major characters in the top 100 grossing movies in 2014 were women, according to San Diego State University’s Celluloid Ceiling report.

Perhaps that explains why women flood films with female stars and in doing so have become the demographic that determines summer hits. Last year, the Angelina Jolie movie, Maleficent, ranked among the highest-grossing films at the box office, beating Godzilla, The Amazing Spider-Man 2 and X-Men: Days of Future Past. And The Fault in Our Stars, a Shailene Woodley romance based on a young adult novel, beat out a well-reviewed Tom Cruise action film, Edge of Tomorrow. That’s to say nothing of films like The Hunger Games and Gone Girl, which outpaced many summer blockbusters when they premiered in the fall.

Women have continued to rule the box office this spring. As The New York Times points out, Fifty Shades of Grey, Cinderella and Insurgent—all films starring and aimed at women—have outperformed male-oriented films like Jupiter Ascending, Hot Tub Time Machine 2 and Chappie at the box office.

As we enter summer, some of the biggest box office hits, ranking alongside the traditional action movie, will likely be movies that can break from the mold and court women.

Reese Witherspoon set out to disrupt Hollywood when she created Type A Films, a production company dedicated to empowering female-centric movies. She quickly made her mark during Oscar season with Gone Girl and Wild. This May, she’ll produce and star in the comedy Hot Pursuit with Modern Family‘s Sofia Vergara.

As teenage boys are being drawn away from the movie theater by video games and YouTube clips, studios are increasingly relying on groups of young female friends to fuel movie ticket sales. Their best bet this summer will be the all-female a capella film Pitch Perfect 2. The original 2012 movie (and Anna Kendrick’s promotional YouTube video for it) was a surprise hit, and the studio is doubling down on the girl power theme this summer with a super-sized sequel.

Though George Clooney may be the movie star in Disney’s Tomorrowland, Britt Robertson is the hero, starring as a gifted teenager who discovers a way to transport herself through time and space.

The backlash to the Paul Feig-directed, all-female Ghostbusters suggests that even though both Bridesmaids and The Heat were hits, the director is still being challenged to “prove” that female-centric comedies can score big box office numbers. Feig and Melissa McCarthy will attempt to silence critics (again) with the genre-spoof Spy, co-starring Jude Law, Jason Statham and Rose Byrne.

Though Pixar’s first attempt at a female protagonist, Brave, was a critical and box office disappointment (at least by Pixar standards), the animators are trying to redeem themselves with Inside Out. The movie delves into the mind of a young girl, exploring what thoughts and emotions control her day-to-day life.

The closest movie on this list to a traditional action flick, the Terminator franchise differentiates itself thanks to the Sarah Connor character. In this reboot, Sarah Connor already knows how to wield a gun and looks to get as much action as her male counterparts. Another hopeful sign: the film stars Emilia Clarke, who as Daenerys Targaryen on Game of Thrones is no stranger to empowering roles.

MORE: These 8 Actresses Proved Women Can Carry a Summer Blockbuster

If Frozen and The Hunger Games proved the power of the young female moviegoer, the first Magic Mike movie confirmed that women over 18 also have sway in this industry. The film turned the stripper with a heart of gold trope on its head by making that stripper a man. Warner Bros. marketed the first Magic Mike film as a bachelorette party, and the sequel, indiscreetly dubbed XXL, is bound to draw even more women to see Channing Tatum in a G-string.

Amy Schumer has already proven that she can convince men that feminists are funny on her Comedy Central show Inside Amy Schumer. Now she’s getting a chance on the big screen in a Judd Apatow-directed flick. Like Magic Mike, Trainwreck looks to flip gender norms around with a commitment-phobic woman (Schumer) and the guy who actually calls the next day (and who watches Downton Abbey with his best friend, LeBron James).

MORE: How Amy Schumer Gets Guys to Think Feminists Are Funny

Author John Green has always been attentive to gender dynamics in his young adult novels. That’s especially true of Paper Towns, in which Green has said female characters like Lacey and Margo upend boys’ expectations of them. After the last adaptation of one of Green’s books, The Fault in Our Stars, had a surprise $48 million opening weekend last year, 20th Century Fox is hoping that another film adaptation of Green’s work, Paper Towns, will draw the same young female demographic.

Ricki and the Flash (August 6)

In an industry where women make up only 11% of writers of the top 250 domestic films, Diablo Cody (Juno, Young Adult) is one of the few successful female screenwriters. Her newest film, Ricki and the Flash, stars Meryl Streep as an aging rock star who abandoned her family for fame. She tries to patch things up when she returns home to help her estranged daughter through a tough time. Though the movie has a summer release date, Streep’s involvement is almost sure to earn it Oscar buzz.

Emily Blunt attends the gala screening of "Into The Woods" at The Curzon Mayfair on January 7, 2015 in London, England
Anthony Harvey—Getty Images

After upstaging Tom Cruise in last year’s The Edge of Tomorrow, Emily Blunt is getting her own thriller. In it, Blunt plays an idealistic FBI agent enlisted by two members of a government task force (Benicio Del Toro and Josh Brolin) to take down a Mexican cartel. Blunt has shown range taking non-starring roles in action films (Edge, Looper), dramas where she should be overshadowed by Meryl Streep but isn’t (The Devil Wears Prada) and musicals (Into the Woods). Sicario may finally give her the chance to take the starring role she deserves. 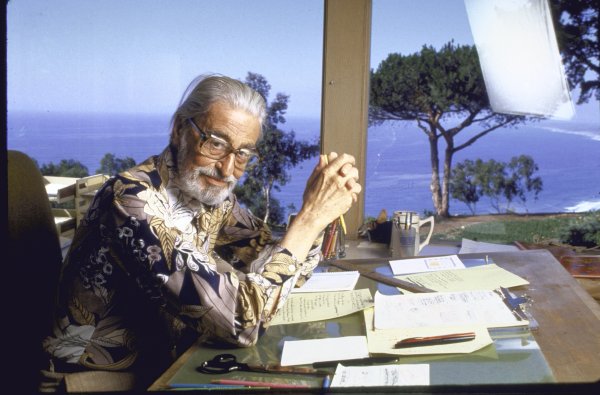 Dr. Seuss to Get His Own Museum
Next Up: Editor's Pick