Lincoln and the Jews

“One of my most valued friends.” In all of the writings of Abraham Lincoln, we find that phrase used only once. It refers to Abraham Jonas, who was a Jew.

In a world where hatred or suspicion of Jews was near universal, our greatest President proves singularly free of this ancient prejudice. A remarkable feature of the lavishly illustrated and beautifully written work, Lincoln and the Jews by Jonathan Sarna and Benjamin Shapell, is to learn anew how many Jews Lincoln befriended in his too brief life and the consistency with which he opposed the common anti-Semitism of his time. Growing up, Lincoln knew no Jews, other than those whom he met in the pages of his well-thumbed Bible. Yet his was not a grudging admission of Jewish legitimacy but a genuine liking and even admiration. He even justified the appointment of one assistant quartermaster because he was Jewish: “I believe we have not yet appointed a Hebrew.” In fact, he had, but this appointment, Moise Levy, was a well known and traditional Jew, and the son-in-law of a prominent Rabbi.

Most famously, Lincoln countermanded General Grant’s General order #11, which literally banished Jews “as a class” from his war zone, from the Mississippi river to the Tennessee river, and from Northern Mississippi to Cairo Illinois. Although meliorative explanations have been offered for Grant, his rhetoric and order were discriminatory at best. Lincoln’s other Generals like Butler and McClellan, expressed anti-Semitic sentiments even more openly.

A delegation of Jews went to the White House before Grant’s order could be carried out. The exchange that follows shows both Lincoln’s immersion in the Bible, his characteristically sprightly manner of dealing with even serious issues, and his sense of responsibility for the Jewish community. After recounting Grant’s action, the Jewish Spokesperson Cesar Kaskel gratefully heard the President’s response:

Some 70 years before, George Washington sent a letter to the Hebrew congregation at Newport, in which he too used biblical imagery, that of Isaiah, assuring the Jews of that community and by extension, throughout the newly created nation that, “every one shall sit in safety under his own vine and fig tree and there shall be none to make him afraid.”

Both men, the founder of the nation and its savior were distinguished by their acceptance of Jews. Narrowing the boundaries of acceptance would fracture the nation one strove to create and the other to unite.

For Lincoln, the inclination to acceptance culminated in the emancipation proclamation. Throughout his life he was capable of judging individuals; when Frederick Douglass visited Lincoln in the White House he declared that while he was not satisfied with the President’s views, he was “well satisfied with the man.”

Lincoln and the Jews is filled with rare photographs and letters that tell the story of a man who himself defied the limitations of his time, and whose strength of character altered the nation’s destiny.

Lincoln was shot on Friday night and declared dead on Saturday morning. As a result Jews all over the country heard the news in synagogue. In New York’s Temple Emanu-El, the NY Times reported, people spontaneously rose to recite the Kaddish, the Jewish prayer of mourning. It was fitting: Not only had the nation lost its President and presiding spirit, but the Jewish people knew they had lost a great man, and a great friend. 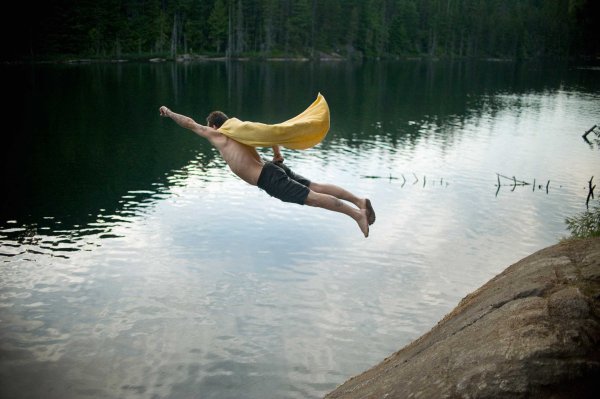