Gillian Jacobs on Girls: 'It's Nice to Play Someone Not Caught Up in a Relationship'

Community Star Gillian Jacobs earned a cult following this season on Girls as Adam’s fiercely independent new girlfriend. Playing Mimi-Rose, Jacobs was the foil to Lena Dunham’s Hannah. While Adam fed on Hannah’s neediness, he goes into a tailspin when Mimi-Rose casually tells him that she got an abortion.

Ahead of the season six finale of Girls on Sunday, TIME caught up with Gillian Jacobs to talk about why everyone fell in love with Mimi-Rose, the manic pixie dream girl and her upcoming Judd Apatow-produced Netflix show Love.

TIME: People were really taken with Mimi-Rose. I think it was because she had her life together more than other characters on the show.

Gillian Jacobs: I think she presented early on on the show as an enigmatic, mysterious figure that is more successful than the other girls. I think her confidence, and also weirdly her lack of obsession with Adam, contrasted with his relationship with Hannah. She’s not consumed by him. As you saw in my final episode, she kind of breaks up with him abruptly without sturm and drang. That’s very different from I think what viewers were used to seeing for the past couple of seasons.

It’s kind of nice to play someone not so caught up in a relationship.

She’s given the choice between two guys, and she picks neither. That’s so rare to see on TV.

Yeah, I think it’s great that she just says, “I want to be myself.”

I saw some people describe Mimi-Rose as a manic pixie dream girl. Do you think that’s accurate?

Hmm. I guess she’s quirky. But I do feel like she’s much more of her own person than a lot of the characters I normally associate that label with. And she isn’t needy, which is maybe a quality I personally associate with those characters. She has this coolness towards Adam that makes her less of a fantasy for him.

In the first season, Girls Jessa flakes out on an appointment to have an abortion. This season Mimi-Rose gets an abortion without consulting Adam. Why do you think they wanted to revisit the topic?

I think that the storyline with Mimi-Rose and the abortion inverted a lot of expectations about how those conversations normally go for couples. I think that Lena and the writers wanted to show that different experience.

It seems like you definitely admired Mimi-Rose’s independence, but she also turned out to be selfish and a little manipulative. Do you think you would want to be friends with her?

I think I would be a little bit afraid of Mimi-Rose and intimidated by her but also fascinated and probably would show up to all of her art shows just to see what she showed up with that time.

The art show may have been my favorite part of this season. There were just so many weird, quirky things, like Zachary Quinto’s character Ace walking around with a toothbrush in his mouth.

I know! That was all him. That was totally his idea.

That was fun too because Zach and I are both from Pittsburgh and were both kids doing theater around the same time but never really did it together. So it was so fun getting to work with him with those strange characters after knowing him for so long.

Girls was very referential this year and poked fun both at the criticisms of the show and at itself. I think in the last episode Lena actually said as Hannah, “I am known for being a famous liberal.” Was that a strange extra layer?

Not really. That stuff wasn’t as present in my storyline. But I’m very used to Community, which is an incredibly meta, self-referential show where we integrate everything that’s happening on the show itself into the show.

Both Community and Girls are technically comedies, but they have very different tones. What was it like filming something more serious?

It was really refreshing for me because I liberated myself from the pressure of being funny, you know? I think that Girls is really funny, but it’s not because you’re selling jokes all the time in the same way that you are on Community. It’s more the circumstantial humor of strange people in absurd situations that makes it funny. I just tried to play it as straight as possible and trust that they’d given me a funny, interesting character to play and there would be humor to it. I didn’t really need to make it happen, which is really nice.

The world of the show felt familiar to me because we actually shot a couple of scenes a couple of blocks from where I used to live in Brooklyn. So it was really funny to be within a stone’s throw of my own terrible, terrible apartment. And I definitely knew people like a lot of the characters on Girls.

There’s big personalities in New York. I had a lot of friends in the art world. The early days of Marnie working in a gallery—I knew girls like that. I knew Rays and Hannahs. That’s the great thing about living in New York, is I had friends who did all sorts of different things—fashion, publishing, art. Sometimes I feel like in L.A. I really have to work to have friends who work outside the film and TV world.

Judd Apatow is a producer on Girls and on the new Netflix show you’re going to star in next year, Love. Can we expect them to approach relationships with the same sort of philosophy?

I think Love is about one central relationship, whereas Girls is more of an ensemble show where more people are breaking up and getting together. So Love will be more singular in that way. But I think it will have a tonal similarity to Girls and have the funny and more serious moments.

But we haven’t started shooting yet, so I can’t really tell you yet what it’s going to feel like. And even sometimes as an actor it’s not until I watch it all cut together that I really understand what they’re trying to do. Even with episodes of Community once I watch them, everything hits you on a different level because you’re not just concentrating on the lines in your scene. You see the bigger message of the episode more clearly.

Now that these Girls episodes have aired, did you feel like there was anything that became more clear when you saw it put together?

I hadn’t seen the scene with Adam and Ace in the cab or Jessa and Ace’s sex scene, which was disturbing and wonderful. I kind of didn’t understand the background of that scene at the table—that they had had that sex scene earlier in the day and that they were just walking and Ace dragged Jessa to Mimi-Rose’s apartment. After I saw that I thought, “Oh God! How horrible for Jessa.”

I think a lot of people were excited by this character of Mimi-Rose because she was so independent. Obviously she’s fictional, but you also recently directed a short documentary for Five-Thirty-Eight about Grace Hopper, a pioneer coder. Why was it important to tell her story and maybe present her as a role model to young girls who are interested in coding?

The more stories that we tell about women who have achieved historically and women who achieve today—it really fills out the landscape. As a kid, I looked up to Katharine Hepburn. She was my idol. She was smart and independent and a producer of material. When nobody in Hollywood wanted to hire her, she went and optioned plays and created roles for herself. I think that really gave me an example of someone who was fiercely their own person. So if a figure like Grace Hopper can serve that same role for young girls, that would be remarkable. I hope that my short documentary contributed to that in some way. 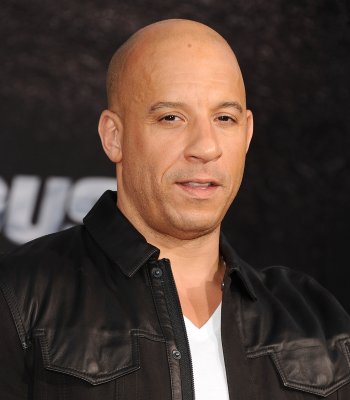