See How a Celebrated Photographer Plans to Use Snapchat

Alec Soth has, over his years as a photographer, developed a reputation for experimentation within his craft.

In 2010, when he was invited by the Brighton Photo Festival in the U.K. to produce a new series of images about the coastal town, he found himself in an immigration quagmire that kept him from shooting any photographs. Instead, he gave the camera to his daughter, who produced the images for him.

Now, his latest experiment is once again linked to his relationship with his daughter, now a teenager and an avid user of the photo-sharing app Snapchat.

“Like a lot of middle-aged people I didn’t have a clue as to what Snapchat was about,” Soth tells TIME. “I heard about that sexting stereotype, and I just didn’t understand it.”

But Soth remembered that he felt the same way when Twitter launched in 2006 and gained popularity in 2010, and with Instagram when it took the world of photography by storm. “I was very anti-Instagram for a long time,” he says. “And then the pressure to get into it became too strong. That’s when I realized that it was fascinating.”

With Snapchat, where any images and videos shared disappear forever after 10 seconds, Soth was curious to explore how it had become a communication platform for his daughter and many of her peers. “My experience on Snapchat is very different to my experience on Instagram,” he says. “Snapchat seems best suited for direct communication, and because I’m a middle-aged man, it was hard to use in that way. I didn’t have friends on it.”

But, as he started testing the service, he felt a sense of liberation, he tells TIME. “On Instagram, I’m identified as a photographer, so I felt this pressure that I’m supposed to make photographs, serious photographs. With Snapchat, I felt kind of relieved that I could be like anyone else and show glimpses of my life.”

“There’s this desire to do that, to share fleeting moments of one’s life,” he continues. “People mock this: why photograph your breakfast. But I don’t put it down. It’s an impulse, and I don’t think it’s necessarily a bad one. It fundamentally doesn’t seem different from an art impulse.”

Now, Soth is taking it one step further. He’s partnered with the Walker Art Center in Minneapolis, Minn., as part of the cultural institution’s Intangibles pop-up shop, which sells original and curated art works.

For $100, visitors can buy an interactive Snapchat conversation with Soth. “The idea is that they will get a minimum of 25 pictures from me,” he says. “Ideally, I’ll see it as a conversation: What do you want me to photograph?” The goal, Soth explains, is to talk with pictures, similarly to what his daughter already does with her friends on Snapchat.

Once the conversation is over, the Walker Art Center will interview the buyers and “publish a non-visual documentation of their experience,” the Center says.

The work, called Disappear With Me, has already sold out.

For Soth, the experiment is about his own curiosity, he says. “I’m just trying to figure out how this works, learn from it, and see where technology goes from there.”

As for his daughter, she finds the experiment ridiculous, Soth says. “Just yesterday my daughter found out about this. She thought it was the most absurd thing in the world that someone would pay money [for images that disappear]. She said, Maybe if you’re Ariana Grande. But, otherwise, why on Earth?”

Alec Soth is a photographer born and based in Minneapolis, Minnesota. He is represented by Magnum Photos. 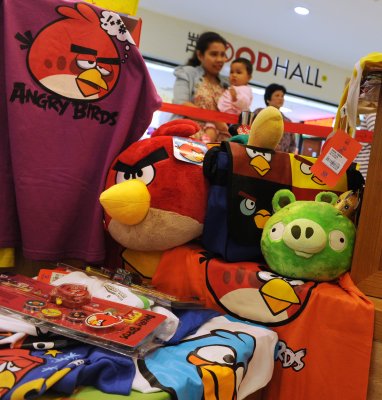