Burmese Pythons Are Taking Over the Everglades

Edward Mercer, a Florida Fish and Wildlife Conservation Commission non-native Wildlife Technician, holds a Burmese Python during a press conference in the Florida Everglades about the non-native species on January 29, 2015 in Miami.
Joe Raedle—Getty Images
By Bryan Walsh

True to their name, Burmese pythons are native to the tropics of southern and southeastern Asia, where the gigantic snakes—they can grow as long as 19 ft.—have carved out a comfortable niche for themselves, squeezing their prey to death. But sometime over the past few decades, Burmese pythons began appearing in Everglades National Park in south Florida. The snakes were most likely either pets that had been released into the wild or their descendants, and, like countless tourists before them, they took very well to the tropical heat and lush greenery of Florida.

Too well, as it turns out. A new study published in the journal Proceedings of the Royal Society B confirms what scientists have feared: predation from the Burmese pythons is already changing the delicate balance of the national park’s food chain. Scientists from the University of Florida, the U.S. Geological Survey and the Florida Fish and Wildlife Conservation Commission released 26 marsh rabbits fitted with tracking devices into the park. The aim was to find out what effect the pythons would have on the rabbits, which are native to the Everglades but have all but vanished over the past decade—the same period of time when sightings of Burmese pythons became more frequent.

In the fall and winter, the marsh rabbits thrived, reproducing rapidly. But when the weather began to warm—which would have made the temperature-sensitive pythons more active—the marsh rabbits began to disappear. Where? Into the bellies of the Burmese pythons. The snakes hunted the rabbits ruthlessly—the researchers found that 77% of the tracked rabbits were eaten by Burmese pythons, a fact scientists knew because the trackers led them to the digested bodies of the rabbits inside the stomachs of the snakes. (At a control area outside the park, by contrast, no rabbits were killed by pythons, and most that died were eaten by native mammals like bobcats.) So voracious were the Burmese pythons that they essentially hunted the marsh rabbits to the point of extinction.

And that’s what worries scientists so much. Earlier research had linked a drastic decrease in the population of small mammals to the presence of the Burmese pythons, but those findings had been indirect—other factors, like environmental change, could have been behind the decline. The new study makes it much clearer that Burmese pythons are indeed changing the ecological balance of the Everglades for the worst—and perhaps singlehandedly.

That’s incredibly unusual—when it comes to invasive species, only human beings have managed to do so much damage on a continental mammal community. (There are frequent examples of invasive species, including snakes, eliminating species on small islands, but not in a large territory like the Everglades.) As study co-author Bob Reed of the U.S. Geological Society told CBS News:

But Burmese pythons aren’t your normal predators, as I discovered for myself when I visited the Everglades for a cover story on invasive species. They can disappear at will, go months without eating and they’re afraid of absolutely nothing. The only way to save the Everglades may be to find and remove the snakes—but as this video above shows, that’s far from easy.

MORE: Invasive Species, Coming Soon to a Habitat Near You 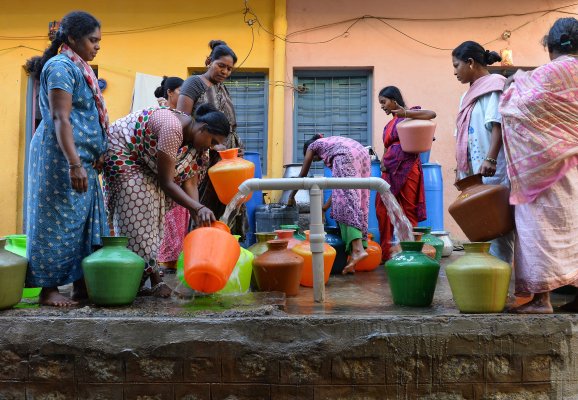 UN: Water Shortfall Likely By 2030
Next Up: Editor's Pick