How Fitbit's CEO Sees a Future In the Medical Industry

The last time James Park was in Washington, D.C., it was for a sixth-grade field trip. So the fact that the CEO of San Francisco-based Fitbit decided to stop by Capitol Hill to meet with lawmakers was surely not solely for pleasure.

In an interview with TIME, Park insisted he was simply here to make some new friends and discuss issues such as privacy and data security, a process paved by his company’s hire of super lawyer Heather Podesta. He said the company doesn’t have any bills or regulations it’s concerned about in the pipeline.

“It’s just mainly about introducing ourselves to people and letting them know that we’re willing to work very cooperatively with policy makers and trying to craft pretty balanced policies,” Park said.

But Park, in a tie underneath a sporty company zip-up, did have an unusual amount to say about an area that could be of interest to Fitbit down the road: the regulation of medical devices through the Food and Drug Administration.

“I think right now everyone is focused on pure consumer benefits and motivating people to change their behavior,” said Park, who spoke with TIME for 40 minutes in its D.C. bureau. “I think there’ll be a next big leap in benefits once we tie into more detailed clinical research and cross the hurdles and dialogue with the FDA about what we can do for consumers and what’s regulated or not.”

As an example, Park noted that some Fitbit products measure your resting heart rate. Some customers have written in to the company to note that they noticed their heart rate went down after they quit smoking, which gave them an added incentive to quit. But for now, that’s an anecdotal argument, and one that Fitbit can’t use in an advertisement without risk.

Park says that consumer-oriented wearable technology produced by companies like Fitbit could further help customers in the coming few years by making sense of data and making “lightweight” medical diagnoses. He also believes that such companies would have an easier time adapting to the medical device industry than those companies already in it flipping around to create the next Fitbit Flex or Apple Watch.

“I would definitely prefer to be in our position where we’ve really focused on the consumer experience,” said Park. “I think most likely the regulatory issues can be learned and addressed over time but having a consumer product DNA is I think something really difficult for medical device companies to replicate. You look at blood glucose meters today, I wouldn’t necessarily say that those are the most attractive or consumer friendly devices. I would say consumer focused companies, whether it’s us or Apple, probably have an inherent advantage in the future.” 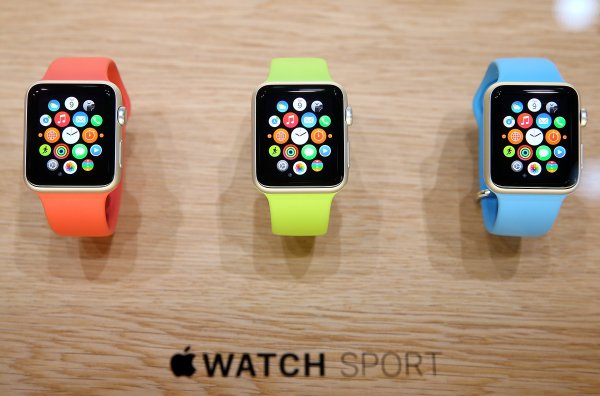 You'll Try On the Apple Watch in a 15-Minute Appointment
Next Up: Editor's Pick