A 6-Point Plan to Defeat ISIS in the Propaganda War

A Sunni fighter who has joined Shi'ite militia groups known collectively as Hashid Shaabi (Popular Mobilization), allied with Iraqi forces against ISIS, looks at an Islamic State flag and ammunition displayed in al-Alam Salahuddin province, March 15, 2015.
Thaier Al-ASudani—Reuters
Ideas
By Jessica Stern and J.M. Berger
Jessica Stern and J.M. Berger are the authors of "ISIS: The State of Terror."

For the first decade of its life, al-Qaeda was publicity-shy. Outside of a small group of people who closely followed terrorism, few people even knew the group’s name until it started attacking Westerners. Even after al-Qaeda got into the business of publicizing its goals and achievements, it failed to reach the kind of audience ISIS has, in part due to its choice of public faces, largely consisting of old men giving long, boring speeches.

ISIS, in contrast, is a publicity whore. While it’s important to keep ISIS’s propaganda and social-media activities in the proper perspective (no one was ever killed by a tweet), it’s clear that ISIS considers messaging one of the most important fronts in its war with the world — and it’s also the primary method by which ISIS extends its influence outside of its physical domain in Iraq and Syria.

Western efforts to counter ISIS must account for both the content and the distribution of its message. The ISIS propaganda machine is a calculated affair. It has several major goals, all of which involve simplifying the complexity of the real world into a cartoonish battle between good and evil.

Here, then, are the goals ISIS is pursuing with its propaganda:

Each of these goals is vulnerable to a messaging counteroffensive. We propose a six-point plan:

The nations fighting ISIS need an organization to run a counternarrative campaign. Madison Avenue advertising gurus aren’t capable of leading this effort; it should instead be led by individuals who know how to access at-risk youth. A commission needs to study how ISIS and related groups market themselves and develop a plan for competing directly in those markets, while at the same time developing a strategy for expanding into other markets.

One model, still in a testing phase, is called P2P: Challenging Extremism. This initiative provides an opportunity for university students from the U.S., Canada, the Middle East, North Africa, Europe, Australia and Asia to create an online community whose goal is to counter the extremist narrative by becoming educated influencers. With support from the U.S. Department of State, the effort is being run by a private organization called EdVenture Partners, which helps companies like Honda market to youth. After students conduct primary research, they will be competing to create the best products, tools or digital initiatives that will be developed in the language of their peers, the effectiveness of which will be measured.

Containing ISIS will take a multipronged approach including, most important, pressure on its real-world components. But the presence of Western troops on the ground entails significant risk and could backfire by helping ISIS recruit additional personnel who buy into its false narrative about a Western crusade against Islam. While a propaganda campaign will not defeat ISIS, it can plant seeds of doubt, which former terrorists often describe as central to their decisions to leave terrorism behind. With a major effort, it has been possible to alter narratives in respect to other dangerous activities. Consider the Centers for Disease Control and Prevention’s antismoking campaign involving tips from former smokers, which reportedly led 100,000 individuals to give up smoking in its first three-month-long effort. We need an analogous campaign of tips from former jihadis, spread widely over the ever changing social-media environment and beyond. Such a campaign, to be effective, will require money and effort. But the cost of such efforts is tiny compared to that of military force, whether counted in dollars, loss of life, or blowback on American streets. It’s a smart investment.

Correction: The original version of this story incorrectly identified a private organization working with the U.S. Department of State. It is called EdVenture Partners. 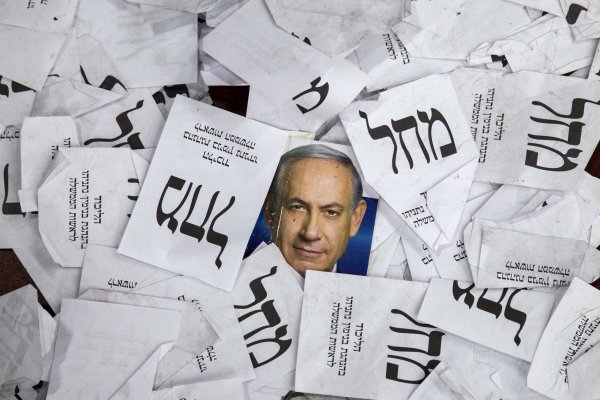 The Problem With Netanyahu's Two-Statement Solution
Next Up: Editor's Pick