How a World War II Operation Is Saving Lives Today

Workers load food onto an American B17 bomber during Operation Chowhound which involved dropping essential food supplies from bombers to the starving Dutch people at the end of WWII.
Imperial War Museum—Corbis
Ideas
By Ingrid Kohlstadt
Ingrid Kohlstadt, MD, MPH, is a physician graduate of Johns Hopkins School of Medicine. Dr. Kohlstadt is a Faculty Associate at Johns Hopkins University Bloomberg School of Public Health and double-board certified in preventive medicine and nutrition. She edited textbooks Food and Nutrients in Disease Management and Advancing Medicine with Food and Nutrients, Second Edition. Dr. Kohlstadt has worked for the CDC, the FDA, the USDA, the Indian Health Service and the Johns Hopkins Weight Management Center, and serves on the review board of Nutrition Journal.

The “Hunger Winter” of 1944 to 1945, as the Dutch call it, ended with the Allied Forces air-dropping food in April. What’s so remarkable about this particular World War II humanitarian crisis is that 70 years later, its effects are still saving lives globally, through lessons of history, science, and public health.

Richard L. Hall, who served as a navigator in the Air Force, flew one of the planes that dropped food supplies across Holland in 1945. Recently, he dropped food-for-thought to future humanitarian leaders at Johns Hopkins University’s Center for Human Nutrition during the eighth George G. Graham lecture titled “The Long Shadow of the Dutch Famine.” His recollections delivered an important message to anyone working in disaster relief: Make the best decision with what you’ve got.

“The British called it Operation Manna, which was a good name, well, even if the food fell from a few hundred feet,” he recounts. To this day Hall says he regrets the insensitivity implied by the U.S. name Operation Chowhound because they weren’t just giving people food, but also compassion and dignity.

Hall said he was certain no nutritionist oversaw the food selection. War-torn Europe had little food to spare. Most of the food was bread and military rations with sturdy packaging. When someone in the audience commented, “Military rations included cigarettes at that time,” Hall quickly put it in context: The Allied Forces had to negotiate with the Nazis to even make the historic mission possible. If the Allied Forces’ bombers went slightly off course, the Nazis could shoot red flares, yet some planes took fire. The Dutch, too, worked with what they had, spelling “Many Thanks” in fresh-cut tulips to the planes air-dropping food.

Famine relief efforts in the Philippines following Typhoon Haiyan in 2013 built on what was learned from Operation Manna, according to Rear Admiral Joyce Johnson, who worked with Project Hope’s disaster response. Hall rose to executive leadership at McCormick & Company, his lifelong career in nutrition inspired by the operation.

Standing next to Hall at the Johns Hopkins seminar, L.H. “Bertie” Lumey spoke about how the Dutch famine affected expecting mothers and their offspring. Lumey’s dataset is the envy of scientific researchers: The Dutch kept meticulous birth records, the public was highly supportive, and the exposure to famine had a definitive start and finish. With it, he showed that the famine birth cohort was at increased risk of developing type 2 diabetes. The findings are the groundwork for the new field of epigenetics, the study of how genes are turned on and off during development.

Yet Lumey’s January 2015 research findings, published in The American Journal of Epidemiology, showed less effect in adult chronic disease mortality from the Dutch famine birth cohort than anticipated. Johns Hopkins maternal nutrition expert Professor Parul Christian draws the same conclusion I do, that Lumey’s recent findings salute the resilience of the Dutch people. Having been informed of their elevated risk for certain chronic diseases, the Dutch birth cohort took action to prevent chronic diseases, perhaps in defiance of any long shadow cast by World War II.

Another important implication emerges from Lumey’s research. Even with the best research methods, epigenetic evidence arrives decades later. It’s a research challenge that applies to studying deleterious effects of fetal exposure to maternal junk food and other modern forms of malnutrition. So while evidence is imperative for public-health decisions, like Hall says, we need to make the best decisions with what we have.

Sir Peter Gluckman was influenced by the Dutch famine data and authored The Fetal Matrix, an academic book that explains how inadequate nutrition of all forms can have lasting but preventable effects. Gluckman’s work informed my development of a youth nutrition intervention called NutriBee. In his current capacity as chief science advisor to the prime minister of New Zealand, Gluckman shapes public policy and founded a University of Auckland institute to research and develop preventive interventions.

In this political era of belt-tightening and undue corporate influence, we need to wield science to defend the health of future generations. Seventy years from now, that’s the sort of efforts we’ll feel proud of. 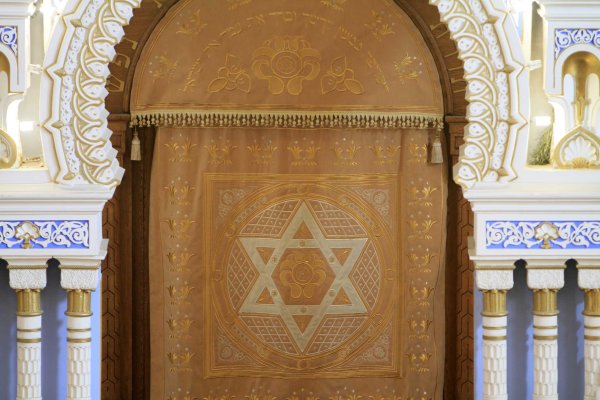 Iran's Anti-Semitism Can't Be Reasoned With
Next Up: Editor's Pick