Kuwait and the International Monetary Fund (IMF) are discussing how the oil-rich country might begin imposing taxes on local companies in an effort to diversify sources of state income. In other words, the Gulf emirate isn’t making enough money thanks to the low price of oil.

Commerce and Industry Minister Abdulmoshen al-Madaj met with IMF representatives on March Kuwait City with IMF representatives and asked them for recommendations for potential tax reforms, the Kuwait News Agency (KUNA) reported. Already Kuwait’s government is considering tax changes that would increase revenues from sources other than oil, the agency said. It gave no details of the plan.

“The IMF will prepare a preliminary report on how to impose taxes on companies in Kuwait,” al-Mudej said after the meeting, according to KUNA.

As with many other oil-rich countries, Kuwait’s economy has suffered the impact of the steep fall of oil prices since June 2014. The government’s budget surplus, once huge, declined by 26 percent in the last three quarters of the year, and a budget deficit is possible in 2016 if the price of oil stays below $60 this year.

A report by the French news service Agence France-Presse claims that Kuwait has enjoyed budget surpluses for the past 15 fiscal years because of high oil prices, which accounted for more than 90 percent of the country’s revenues. But Kuwait has offset them by raising public spending from less than $13 billion to more than $77 billion in the same period.

Kuwait has already taken measures to improve its financial strength, including reducing its subsidy for kerosene and diesel fuel at service stations in January. However, soon after it had to restore them due to popular resistance. As a result, it remains unclear whether it will move ahead with similar plans to cut subsidies for gasoline, electricity and water.

The IMF has long recommended that Kuwait diversify its revenues through tax reforms and other steps. But until now the country’s outspoken National Assembly has successfully resisted such changes in policy.

Now, though, Kuwait is seriously considering the IMF’s tax recommendations. But that plan, like reducing the subsidies for kerosene and diesel, could meet resistance from blocs other than the National Assembly – oil barons and financiers, not mere motorists. In fact, the country’s stock index dropped 0.6 percent on March 17 after news of al-Madaj’s meeting with the IMF representatives was reported.

In general, Kuwaiti companies now pay no taxes on income. Foreign-based businesses, however, pay taxes on their commercial transactions in the country at rates reaching as high as 55 percent for corporations in Kuwait’s highest income bracket. 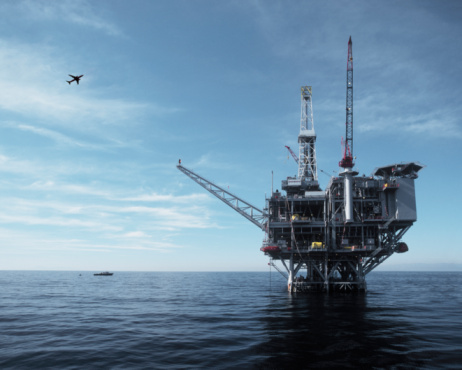 Is U.S. Oil Production Finally About to Fall?
Next Up: Editor's Pick