The rise and fall of Congressman Aaron Schock is — sadly, like so many before him — a clichéd tale of an individual going to Washington, publicly presenting himself as an outside reformer, and then ultimately flaming out amid scandal and embarrassment before his career ever realized its potential.

The first time I heard Congressman Schock’s name mentioned was probably the same time most of the mainstream media was introduced to him — when the gossip site TMZ featured a photograph of him shirtless by a pool, showing off his chiseled abs. I thought he looked like he was in college and was pleasantly surprised that someone getting that kind of media attention was a member of my Republican tribe. A significant part of my life has been dedicated to trying to rebrand the Republican Party to appeal to a younger demographic of voters and to help publicize a different image of both Republicans and young people involved in politics. Schock fit the bill as soon as he emerged on Capitol Hill.

At the time, I was writing for The Daily Beast and was assigned to interview the then 27-year-old, freshly minted Congressman. I was excited by the idea that he could help present a new, fresh, attractive face to the party long stereotyped as that of old, white men. During our interview, Schock didn’t reveal anything particularly noteworthy, and he pretty much stuck to his talking points. I remember being a little disappointed that he didn’t divulge more, or at least step outside his scripted answers. We were only three years apart in age, after all. At the time, I gave him the benefit of the doubt that he was a new congressman and probably didn’t want to make any waves outside of the TMZ coverage.

An onslaught of publicity for the Congressman with the abs soon followed: photos in GQ, national television interviews, and, probably most notoriously, a shirtless picture on the cover of Men’s Health that displayed the congressman in an unbuttoned shirt and tie. Now, I am someone who has had a long, complicated career in the media and who has not always made the best choices for myself in the photos I have chosen to pose for or the interviews I have elected to take part in. I am not, however, nor have I ever been, a member of Congress (I am just the spawn of a politician). Politics and pop culture are more fused than ever before, but men and women holding office must still walk a very fine line to ensure they are taken seriously and don’t get so caught up in press that they are perceived as “too Hollywood” or out of touch.

As I followed the career of Congressman Schock, I became less and less of a fan. There is something about a cheesecake shirtless photo of a sitting Congressman on the cover of a men’s magazine that seemed more television star than serious politician. The main thing I had always wanted from him was his help bringing in a wider audience of people, especially Millennials who would take a look at the Republican Party and the ideals of the newer generation.

After Schock took office, his name would come up sporadically in conversations with my young Republican friends whenever I visited D.C., usually in remarks about whatever cheesy Instagram photo he had most recently posted. I started taking him less seriously and, more often than not, would wonder who was handling his press, and if they had any long term plans for him beyond just looking cute on social media.

Today, Schock is a giant embarrassment and disappointment to not only all Republicans, but especially to Millennial Republicans. The specific scandal that led to his resignation exacerbates every negative stereotype that exists about Millennials being the over-indulged, selfie-obsessed, “me-me-me” generation. And now, unluckily enough for us Millennial Republicans out there, our first well-known representative will be best remembered for completely blowing his chance to reform our party simply because he got too caught up riding around in private jets and going to Katy Perry concerts.

Read next: Illinois Congressman to Resign After Reports of Extravagant Spending 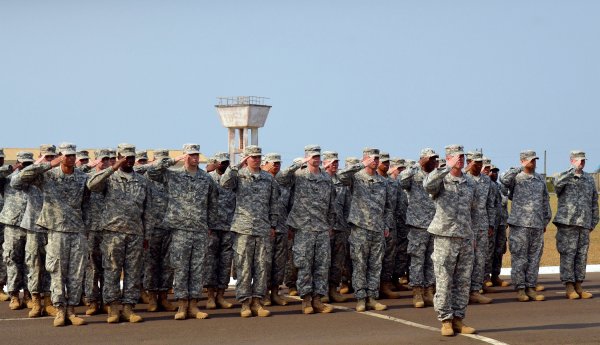 There Should Be a Veteran Running for President
Next Up: Editor's Pick