The gap between Americans who support and oppose President Obama’s controversial health care law shrank to its narrowest margin in more than two years, according to a new poll.

A Kaiser Health Tracking Poll conducted in March found that 41% of respondents had a favorable view of the Affordable Care Act—up from 1% in January—and 43% had an unfavorable view. The numbers are a marked increase from July 2014, when the same poll found 53% of respondents viewed the law unfavorably, and they come just ahead of the five-year anniversary of the law’s enactment this weekend. Kaiser has tracked opinion on the health care law regularly.

Support largely fell along party lines, with 74% of Republicans expressing an unfavorable opinion and 65% of Democrats expressing a favorable view. While most people said the law had no direct impact on them, Republicans were far more likely to say it had hurt them than Democrats.

Most respondents—53%—also said they were not aware of the Supreme Court case underway that threatens to roll back a key feature of the law.

The poll of 1,503 adults, conducted March 6-12, has a margin of error of three percentage points. 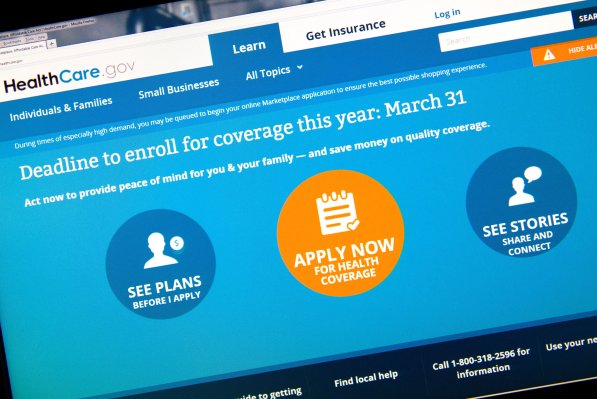 16.4 Million Have Gotten Insurance Under Affordable Care Act
Next Up: Editor's Pick