An adviser to Hillary Clinton offered further detail about the process her lawyers used to determine which of her emails to turn over to the State Department. “Every one of the more than 60,000 emails were read,” said a Clinton spokesman

Terry McAuliffe is calling for an investigation into the arrest of Martese Johnson, who was shown in a photo with a bloody face as he was held down Wednesday morning. Johnson is charged with obstruction of justice without force, and public swearing or intoxication

Sales of digital music formats hit $4.51 billion in 2014 — a record level, says Wednesday’s report from the Recording Industry Association of America. Together, downloads and audio streaming services now account for 64% of the total market by value

Survivors of Cyclone Pam on the South Pacific islands of Vanuatu are bracing for a lack of food over the coming months because crops were destroyed in the recent storm. Much of the archipelago’s population relies on subsistence farming

Liza Minnelli has been admitted to an unnamed treatment facility for substance abuse, according to reports. In 1984, the actor-singer entered similar treatment after the death of her mother Judy Garland, who overdosed on sleeping pills in 1969

The Pentagon confirmed on Wednesday that a U.S. drone strike has killed a leader of Somali militant group al-Shabab. Adan Garar is believed to be behind the 2013 attack on the Westgate shopping mall in Nairobi that killed 67 people

A study of 14 popular spring-break destinations from Florida to California has found that death tolls from traffic accidents are 9.1% higher during the holiday, with a higher fatality incidence among drivers under 25 and those traveling from out of state

British tennis star Andy Murray has welcomed a 15-year ban for the relatively unknown American player Wayne Odesnik, who tested positive for multiple banned substances, including steroids, from a Dec. 17 and Jan. 12 test

Scientists claim to have established a new blood test that can help doctors quickly distinguish between bacterial and viral infections, giving physicians the ability to prescribe antibiotics more accurately. The procedure is repotedly fast, taking only hours to complete

We will hold an #AskTIME subscriber Q&A this Friday, March 20 at 1 p.m., with TIME Washington senior correspondent, Massimo Calabresi, who wrote this week’s story on the U.S.-Iran nuclear talks. His other stories can be found here.

You can submit your questions beforehand on Twitter using the #AskTIME hashtag or in the comments of this post. We depend on smart, interesting questions from readers.

You will need to be a TIME subscriber to read the Q & A. ($30 a year or 8 cents a day for the magazine and all digital content.) Once you’re signed up, you can log in to the site with a username and password. 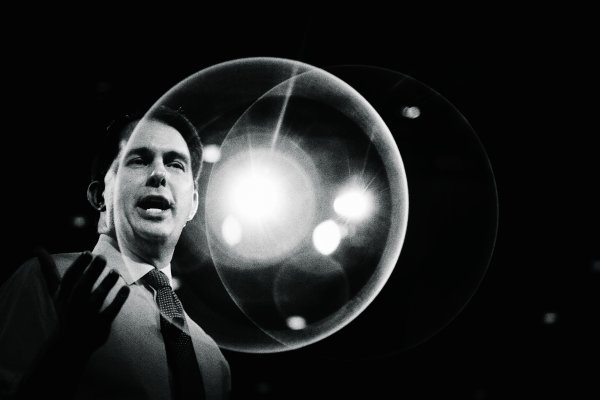 Scott Walker: Playing to Win
Next Up: Editor's Pick