On March 19, Tunis became the latest city to experience a bloody terrorist attack when gunmen struck a museum and killed more than 20 people, most of them foreigners. Yet despite the growth of terrorist groups like ISIS, a war-weary Washington has been reluctant to accept the costs and risks that would come with a serious attempt to destroy them. That’s in part because they have yet to post a clear and present danger to global commerce. But as the new caliphates grow bolder, that could change.

Afghanistan and Pakistan: Former Pakistani and Afghan Taliban commanders have been pledging allegiance to ISIS. Though ISIS’s new allies have yet to establish control of much territory, the “wilayah of Khorasan”–the region ISIS considers allied ground–includes all of Afghanistan and much of Pakistan. This development will only make it harder for the Afghan government to reach a lasting settlement with the Taliban.

Nigeria: Boko Haram has established control over an area the size of Belgium that’s home to about 1.7 million people. Last August, Abubakar Shekau, Boko Haram’s self-proclaimed “emir,” announced his plan to establish a caliphate on the model of ISIS. In March he switched gears and pledged allegiance to ISIS. Either way, Nigeria has bled–fighting associated with Boko Haram led to the deaths of over 6,000 civilians last year.

Iraq and Syria: ISIS controls about one-third of Syria, and experts estimate that more than 20,000 foreign nationals from roughly 90 countries have traveled to Syria to fight over the past three years. In total, about 10 million people now live under total or partial ISIS control in Syria and Iraq. The oil fields it holds, the taxes it imposes on local businesses, kidnappings, extortion and the cash held in banks within captured territory may make ISIS the wealthiest terrorist organization in history.

But while these militant groups can cause damage in Western, African and Arab countries alike–as Tunis shows–they pose no serious economic threat outside their borders that might force foreign governments to wage war on them. Afghanistan’s gross domestic product is less than half the size of Rhode Island’s. Nigeria is sub-Saharan Africa’s leading oil exporter, but Boko Haram poses virtually no threat to the country’s oil production. The same goes for Iraq, where 90% of the country’s oil output is in the Shi’ite-dominated south.

It’s impossible to predict when and where the next extremist attack on a Western target may occur. But it seems all too likely that it would require a mass-casualty terrorist strike in a Western country to build the public support needed for the sustained military effort that could actually eliminate these growing threats. 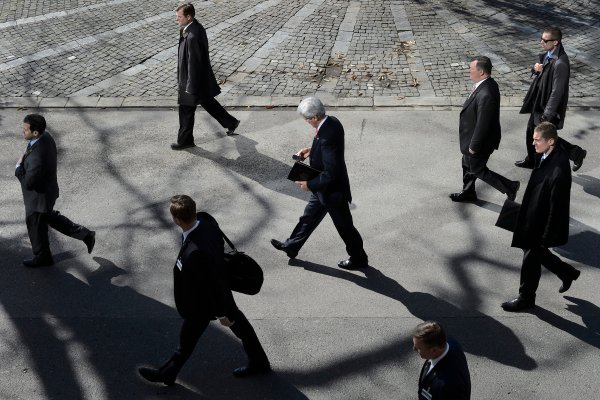 Diplomacy of Distrust in Iran
Next Up: Editor's Pick