San Francisco 49ers linebacker Chris Borland, 24, after a promising rookie season. Borland said he was concerned about the long-term effects of repetitive head trauma from playing the sport.

The supposed bones of Miguel de Cervantes, in a tomb below a Madrid convent. The Don Quixote author was buried in 1616, but his coffin was lost when the convent was rebuilt several decades later.

That Prince Harry will quit the British army in June. He has served in the armed forces for 10 years, including two tours of duty in Afghanistan. He says he’s now exploring “options for the future.”

By a vote of members of the largest U.S. Presbyterian denomination, the inclusion of same-sex unions in the church’s definition of marriage.

A new island in the South Pacific, created by sediment from an underwater volcano, Hunga Tonga, that started erupting in December. The new island is 1,640 ft. (500 m) long.

Longtime Toto bassist Mike Porcaro, 59. He played with the band from 1982, the year it had a No. 1 hit with “Africa,” until 2007, after complications from ALS prevented him from touring.

Correction: The original version of this story misstated the year Miguel de Cervantes was buried. It was 1616. 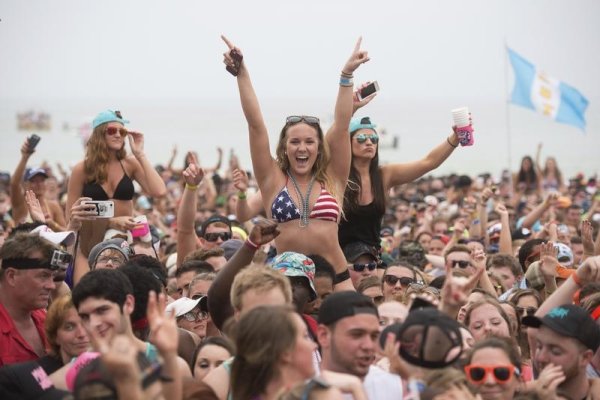 Traffic Deaths Spike During Spring Break
Next Up: Editor's Pick