Review: The Sad Guys of World Gone By

A modern master of crime writing, Dennis Lehane is also something of a professional Bostonian, permanently associated with the broad Massachusetts accents in the movie Mystic River, which was based on one of his 12 novels. The story in his new one, World Gone By, started in Boston two books ago: it’s the last in a loose-limbed trilogy that began with The Given Day, set in Boston in 1918. But Live by Night followed its hero, Joe Coughlin, son of a Boston cop, to Cuba and Florida, where he thrived as a gangster, albeit by dint of some toe-curling moral compromises. In World Gone By, Joe is still there, and at 37–pretty old in gangster years–he’s feeling his oats.

Joe’s raising his son as a single dad–gangster wives don’t live long either–and is largely retired. These days he commits his crimes mostly in an advisory capacity; his professional heyday is one of several worlds that are gone or going by. “Time is rented,” Joe thinks, with characteristically hard-boiled wisdom, “never owned.” So he’s baffled when he learns that there’s a contract out on him. Who would want an aging, relatively harmless golden boy like him dead?

While Joe scrambles to figure it out, a turf war kicks up between Italian mobsters and a local black syndicate. Meanwhile the other turf war, involving Hitler and Europe, is going on in the background. World Gone By is plotted like a thriller, but even with bullets flying, Joe maintains an elegiac, sunset mood. At times it’s a little comic, watching this multiple murderer, who’d “killed, stolen, maimed and assaulted his way through his 37 years,” swap mournful aphorisms with his associates. (“Is everyone we know broken?” “Pretty much.”) But maybe even hard-boiled guys go a little soft in the end. 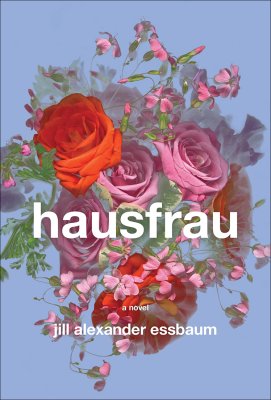 In Hausfrau, Anna Karenina Goes Fifty Shades With a Side of Madame Bovary
Next Up: Editor's Pick