Wayne Odesnik of the United States returns a shot during a first round men's singles match against Bjorn Phau of Germany at the All England Lawn Tennis Championships at Wimbledon, England, on June 27, 2012
Sang Tan—AP
By Kevin McSpadden

British tennis star Andy Murray has welcomed a 15-year ban for the relatively unknown American player Wayne Odesnik, who on Wednesday was revealed to have tested positive for multiple banned substances, including steroids, from Dec. 17 and Jan. 12 tests.

“It is good for tennis that they got him off tour. It is the end of his career and he can’t even come on site to events or coach. That is a good thing,” Murray, the world’s fourth-ranked player, told BBC Sport on Wednesday.

“He is a cheat and it is good for everyone in tennis he is dealt with in the right way.”

When the news of Odesnik’s suspension first broke, Murray tweeted:

The 267th ranked Odesnik, who retired almost immediately after the news became public, had previously tested positive for human growth hormone in 2010.

In a statement on Wednesday, he blamed his latest positive result on unknowingly taking a contaminated over-the-counter-supplement.

“I was immediately heartbroken as words could not describe my shock and disappointment,” he said. “Being the most tested American tennis player on tour, I would never knowingly have taken any chance of consuming a banned substance.”

While steroids have damaged the reputation of many other sports, tennis has remained relatively free from controversy. 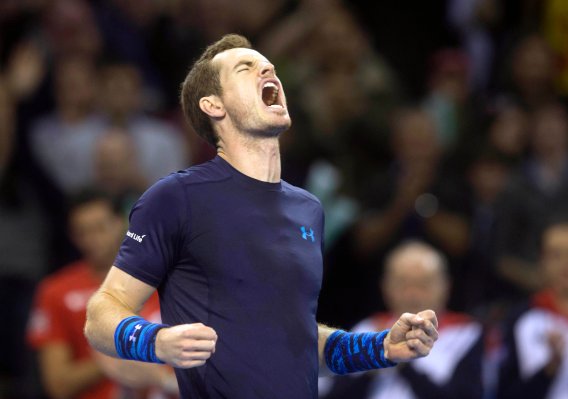 Did Andy Murray Just Reveal His Teammate Is Cheating on His Girlfriend?
Next Up: Editor's Pick