The Dawn of a New Form of Capital Punishment

In the weeks following the execution of Clayton Lockett, the Oklahoma death row inmate whose botched lethal injection triggered a statewide moratorium on executions, lawmakers there began rethinking their approach to capital punishment. Among the people they called on to help was Michael Copeland.

Copeland is a criminal justice professor at East Central University, a public school with about 6,000 students in Ada, Okla. From 2010 to 2013, he was the director of the anti-fraud unit at the Oklahoma Insurance Department. Before that, he was an assistant attorney general for the Republic of Palau, a small island nation in the Pacific Ocean. Copeland is not a doctor. He has no medical training. But what he does have is a close relationship with Oklahoma legislators, some of whom he’s known for years. And they often ask Copeland to conduct research and gather data that could help shape bills. He’s worked with legislators on reducing the number of uninsured motorists, for example, and helped draft guidelines for the transportation of the mentally ill who are a danger to themselves and others.

About a year ago, Oklahoma Rep. Mike Christian, who attended high school with Copeland, asked his old friend for ideas on how to replace the increasingly problematic method of lethal injection. After studying the issue, Copeland recommended death by nitrogen, a method that has never been used for a state-sanctioned killing in the U.S.

Nevertheless, Oklahoma has embraced the idea. On Friday, Gov. Mary Fallin, a Republican, signed a bill into law, based on Copeland’s research, that would make nitrogen asphyxiation the state’s execution method if lethal injection is ruled unconstitutional or the necessary drugs are no longer available. The law marks a new frontier in the increasingly charged debate over the future of capital punishment in America. And it ensured that the state where lethal injection originated three decades ago has resumed its place as the nation’s execution laboratory.

The Problems With Lethal Injection

The idea of nitrogen asphyxiation or “nitrogen hypoxia” has been been batted around as a method of capital punishment for years. A 1995 National Review article titled “Killing With Kindness: Capital Punishment by Nitrogen Asphyxiation,” for example, recommended that states use nitrogen gas after a federal district court deemed California’s gas chamber unconstitutional. But the method largely remained on the fringes of the capital punishment debate.

Twenty years later, the landscape has changed dramatically. Today, a number of states are facing severe lethal injection drug shortages after pharmaceutical companies stopped providing drugs for the procedure. Texas, for example, is down to enough pentobarbital for just a handful of executions. Legislators in Alabama, Tennessee and Virginia have introduced legislation to bring back the electric chair because of problems obtaining drugs, while Utah has resurrected the firing squad. And looming over it all is a Supreme Court case this summer involving Oklahoma’s three-drug protocol. The court’s decision could potentially force states to abandon lethal injection altogether.

“The problem we’re having in Oklahoma now and several other states is that while lethal injections used to be an effective and humane way to execute someone, it’s really not anymore,” Copeland says. “The facts on the ground have changed. Now it’s like an experiment every time. Here’s some drugs and maybe we’ll have a paramedic administer it and let’s see what happens. Maybe this will kill ‘em. It’s kind of haphazard, and I think it’s only going to get worse.”

No one could’ve foreseen lethal injection’s problems in 1977, when an Oklahoma legislator asked Dr. Jay Chapman, the state medical examiner, to develop what was intended to be a more humane execution alternative to firing squads. Chapman developed a three-drug cocktail that soon became the default method of executions nationwide. But by 2010, European drug makers acceded to pressure from death penalty opponents and stopped selling drugs for use in executions. As supplies dwindled, states scrambled to figure out how to keep killing without the three drugs they had long relied on: sodium thiopental, a sedative; pancuronium bromide, a paralytic agent; and potassium chloride, a compound that stops the heart.

Some states switched to using just one drug, often pentobarbital, a barbiturate. Others began using midazolam, a sedative that has been scrutinized by some anesthesiologists for not being strong enough to properly induce unconsciousness and is at the heart of the upcoming Supreme Court case. Many states have turned to compounding pharmacies, which are unregulated by the federal government, for their supply while passing secrecy laws to keep those drug makers shielded from public view.

Last year, there were three executions widely considered botched, all of which included the sedative midazolam. Dennis McGuire, an Ohio inmate convicted of rape and murder, died after reportedly snoring and snorting during his lethal injection. Joseph Wood, an Arizona inmate, reportedly gasped on the gurney in an execution that took nearly two hours. And in Oklahoma, Lockett died in a lethal injection that went so awry that documents obtained by the Tulsa World show that Lockett essentially helped his executioners find a vein after they failed multiple times to insert IVs into his arms and legs. It was that chaotic scene that sent Oklahoma legislators on the search for an alternative.

The Search For A Better Way to Kill

Copeland says there were four main criteria he tried to meet in recommending a new execution method: 1) it had to be humane; 2) it couldn’t have supply problems; 3) it had to be simple to administer; 4) it could be done without medical professionals. Nitrogen, Copeland says, satisfies all four.

MORE: The Harsh Reality of Execution by Firing Squad

The method would likely consist of a gas mask that covers the head and neck, which would be filled with pure nitrogen from a nearby canister. That nitrogen would displace the oxygen, leading to death by oxygen deprivation, says Solomon Snyder, a neuroscientist at Johns Hopkins Medical School who is not involved in the Oklahoma bill.

The method’s supporters cite accidental deaths that were reportedly peaceful — such as divers who took in too much nitrogen and pilots whose oxygen levels fell too low — as evidence of the chemical’s efficacy. Nitrogen hypoxia has also been recommended by some advocates of euthanasia in places without so-called right to die laws. The gas is also relatively cheap and abundant, decreasing concerns about supply problems.

“Execution via nitrogen hypoxia is a painless form of capital punishment that is simple to administer, doesn’t depend upon the aid of the medical community, and is not subject to the supply constraints we are faced with when using the current three-drug cocktail protocol,” State Rep. Mike Christian, who wrote the House bill authorizing nitrogen gas, said in an e-mail.

Copeland says that physicians, who declined to testify in front of state legislators, confirmed for a 14-page study he co-authored that a lack of oxygen would lead someone to pass out within about 15 seconds, halt brain waves within 30 to 45 seconds and stop the heart within two to three minutes. In September, Copeland presented his findings to the Oklahoma House Judiciary Committee. His presentation included YouTube videos of people passing out from too much helium, another inert gas. Pilots testified about experiencing hypoxia, describing the gradual decrease of oxygen as undetectable, and Copeland claims the effects with nitrogen would be similar.

“We have a lot of parallels,” Copeland says. “We’ve just never used [nitrogen] in this context.”

Changing the context could prove problematic. Administrating the gas within a prison is much different than the instances in which pilots and divers have slowly and accidentally experienced a lack of oxygen. Dr. Michael Weiden, a pulmonary expert at NYU School of Medicine, says that while nitrogen could be administered without medical professionals, using it for capital punishment could create an ironic consequence: the need for sedation.

“What’s going to prevent someone from holding their breath and prolonging their execution?” says Weiden, who supports the death penalty for certain crimes. “People are going to hold their breath as the oxygen leaks out of their bodies. They’ll struggle, and somebody who thinks that an individual who’s asphyxiating will not freak out without sedation is foolish.”

The American Medical Association’s ethical guidelines require that “physicians can only certify death, provided that the condemned has been declared dead by another person,” according to spokesman R.J. Mills. The association does not have a position on the Oklahoma bill.

Despite the unanswered questions, more states appear to be considering nitrogen as they plan for a future without lethal injection. Copeland says he has been in touch with corrections officials in several states, some of which he says are “ahead of us in terms of protocol.” Copeland would not disclose the states.

Oklahoma Sen. Anthony Sykes, who sponsored the nitrogen bill in the state Senate, says Louisiana and Texas have both shown interest in the method. Louisiana Department of Corrections Secretary James LeBlanc told a legislative committee last year that “nitrogen is the next big thing” and described it as a “painless way to go.” In February, the state’s corrections department issued a report recommending nitrogen hypoxia as an alternative method of execution.

A spokesperson for the Texas Department of Criminal Justice would not confirm that the state was considering alternative execution methods.

To some lethal injection experts the interest in nitrogen has familiar echoes of the discussion nearly 40 years ago, when states were contemplating methods other than firing squads and gas chambers.

“It looks fool-proof,” says Deborah Denno, a law professor at Fordham University who opposes the death penalty over what she says is its inequitable application in the U.S. “It’s easy to look at these incidents in a non-prison setting and say they die humanely. But implementing that into a prison setting, the conditions aren’t the same. The people doing this aren’t the same.”

Corrections officials have varied levels of training and experience with lethal injection, which can lead to the sorts of errors that contributed to Lockett’s prolonged execution. Denno cautions that the same problems could happen with the administration of nitrogen.

Richard Dieter, the senior program director of the Death Penalty Information Center, an anti-death penalty group, says Oklahoma would essentially be conducting another experiment if it went adopted nitrogen hypoxia.

“This method has never been used before in an execution,” Dieter says. “I think it’s premature to accept a legislator’s promise that all will go well. It’s one thing to say that people have died of oxygen deprivation and another to strap an unwilling subject in a chamber and watch the reactions and resistance for the first time.”

Now that Fallin has signed the bill into law, Oklahoma has sidestepped something a number of other states have been forced into: a return to methods that were all but abandoned decades ago.

“You got to remember that if this doesn’t pass, the alternative is not to go back to lethal injection,” Copeland said in February. “If for some reason lethal injection either becomes unavailable or it’s unconstitutional, we go to the electric chair. Maybe you don’t believe in the death penalty, but certainly you believe that if we’re going to have a death penalty, it should be done in a humane way. And I think [nitrogen] is better than the electric chair by a wide margin.” 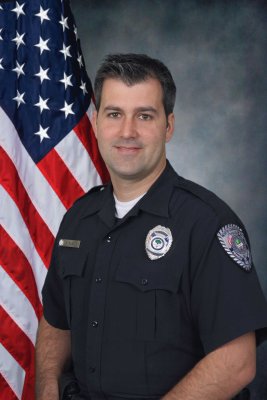