Imagine, if you can, an even further souped-up Titan-family Nvidia graphics card that would, in theory, offer radically higher-end performance than the last Titan-family card, launched a little over a year ago. It’s a little like unveiling a jet-fuel-propelled roadster when you already sell some of the world’s fastest cars.

Nvidia CEO Jen-Hsun Huang announced the new GTX Titan Z today during his company’s annual GPU Technology Conference, describing the card as sporting a pair of Kepler GPUs (Kepler is Nvidia’s codename for its 600- and 700-series of GPUs) with 5,760 processing cores (2,880 per GPU) and 12GB of 7 Gbps GDDR5 memory.

Why in heaven’s name would anyone, anywhere possibly need that sort of gaming power when no single game has (yet) been designed to take advantage of it? Gaming with multiple monitors, or at resolutions up to 5K, according to Nvidia.

That’s right, I typed “5K,” not “4K.” 4K, which is still little more than an interesting idea a long way off from broad consumer adoption, involves playing at ultra-high resolutions in the vicinity of 4096 by 2160 pixels. That’s a doubling of today’s highest-of-high-end mainstream 1080p standard, or 1920 by 1080 pixels.

5K gaming, by contrast, would take you up to something like 5120 by 2700 pixels, which is unprecedented outside elite professional circles. In fact, 5K is one of these resolutions you won’t find much written about, it’s so far-flung from the here and now. It’s perhaps best identified with the Red Digital Cinema Camera Company, which makes extreme high-end digital cinema video cameras used by folks like Peter Jackson. Jackson put The Hobbit together using a bunch of RED Epic cameras to film at 5K, in 3D and at 48 frames per second.

“If you’re in desperate need of a supercomputer that you need to fit under your desk, we have just the card for you,” Jen-Hsun said, according to Reuters.

Add “and you have $3,000 burning a hole in your pocket” to that: the GTX Titan Z will list for the old-school price of an extremely high-end computer unto itself — roughly three times what Nvidia sold the original Titan chip for.

When is it going to be time to lock your wallet in a safe and bury the key somewhere in the backyard without a map? April, looks like. 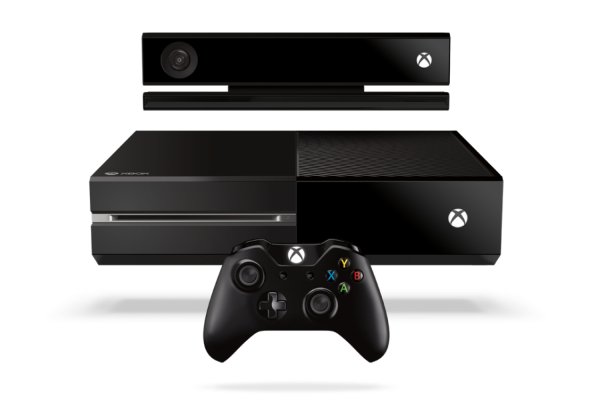 Xbox One Price, Come On Down: Retailers Slashing Titanfall Bundle All Over
Next Up: Editor's Pick