At the end of season four, Varys (at Jaime Lannister’s request) helped Tyrion escape from Kings’ Landing and avoid execution—but not before Tyrion put a few arrows through his dad. Now, it seems, the Spider and the Imp are safe. But where will they go next? Judging from the last trailer and this clip, Varys suspects a war is coming and wants to enlist the Mother of Dragons.

2. Tyrion will have some important role in that war

In the first clip, Varys claims he saved Tyrion for the sake of the Seven Kingdoms. He says that he believes “men of talent have a part to play in the war to come.” And Tyrion Lannister, despite being a drunk, is certainly talented.

3. Jon Snow wants the Wildlings to fight for Stannis Baratheon

No surprise here, but Jon Snow will try to unite Stannis Baratheon and Mance Rayder against the White Walkers. In the second scene, Jon Snow tries to convince Mance that his army of united free folks and Wildlings will not survive North of the Wall. Instead, he suggests, they should join Stannis’ army—which is quickly growing to be a formidable force that could yet capture the North from Roose Bolton.

Game of Thrones returns to HBO on April 12. 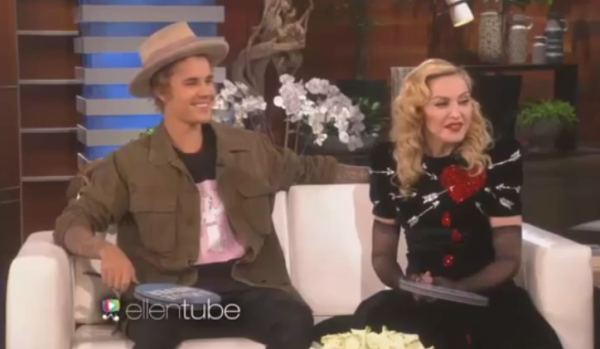 Watch Madonna and Justin Bieber Play 'Never Have I Ever' With Ellen DeGeneres
Next Up: Editor's Pick