Here's Why Microsoft Is Giving Pirates the Next Windows for Free

Bill Gates was famously sanguine about the rampant theft of Microsoft’s intellectual property in China. “As long as they’re going to steal” software, he said during a 1998 town hall at the University of Washington, “we want them to steal ours.” He predicted that Microsoft would convert the free riders into paying customers within a decade.

Not quite. By 2011, Chinese software piracy had so thoroughly undermined Microsoft’s sales that former chief executive Steve Ballmer revealed that the Netherlands, population 17 million, was a greater source of revenue than China, population 1.3 billion, the Wall Street Journal reported at the time.

Ballmer has since stepped aside, and now it’s CEO Satya Nadella’s turn to take a whack at the piracy problem. His strategy is an offer bootleggers can’t refuse: The chance to upgrade from an unlicensed, outdated version of Windows to the latest version for free.

“We are upgrading all qualified PCs, genuine and non-genuine, to Windows 10,” Microsoft executive vice president Terry Myerson said in an interview with Reuters Wednesday. Windows 10 should be out this summer as a free download for anyone with Windows 7 or newer already installed on their computer.

Why the sudden freebie? In part, it’s because Microsoft is making a strategic play to get as many users hooked on the Windows 10 platform as possible. Once on board, users can be lured into paying for premium services, such as apps at the Windows Store or a subscription to Office 365, Microsoft’s productivity suite. The more users Microsoft gets now, the more services it can sell downstream — and it’s hoping even pirates can be flipped into paying customers.

It’s a gutsy play for a company that has historically relied on Windows licensing fees for roughly a quarter of its revenue, totaling $18 billion in 2014. Shareholders tend to get antsy at any sign that historic cash cow might be faltering. A 13% drop in Windows licensing sales last quarter prompted a panicked sell-off of Microsoft stocks. It’s hard to predict how patiently investors will wait for Microsoft to accumulate new users without collecting payment up front.

In any case, Microsoft will only gamble on this experiment in the short-run. The Windows 10 giveaway ends within one year of its release, and Microsoft has made clear that pirates who have upgraded to the new operating system will not be considered legitimate customers.

In other words, pirates can take advantage of a temporary amnesty from licensing fees — but Microsoft will extract payment eventually.

Read more: Here’s What It’s Like to Use Microsoft’s Amazing New Holographic Headset 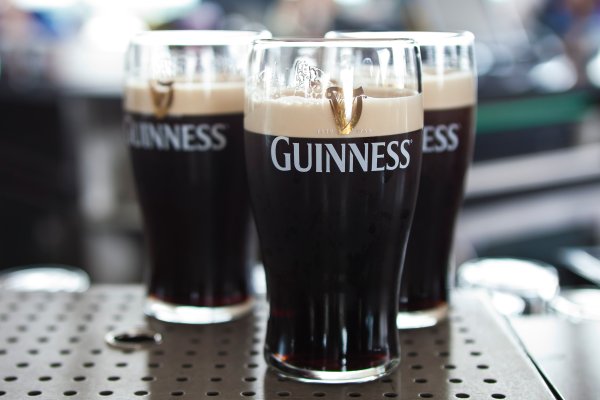 Calorie Count Coming Soon to a Can of Guinness Near You
Next Up: Editor's Pick