Old tweets are the new paper trail. As the 2016 presidential race gets underway, a number of newly hired staffers have lost their jobs for things they once wrote on Twitter.

Wisconsin Gov. Scott Walker’s presidential effort announced Monday the hiring of Liz Mair, a veteran digital operative and Walker alumnus. Barely 36 hours later, she was out of a job, resigning amid a firestorm over old tweets critical of Iowa’s first-in-the-nation caucuses.

The Mair and Czahor cases are little more than political malpractice: the campaigns didn’t fully vet their new hires, leaving them surprised when past comments surfaced.

But they are part of a pattern bound to be repeated this cycle and for years to come, as opposition researchers retrace staffers’ social media trail to turn inartful comments against their bosses. In the past, the personal thoughts of mid-level campaign staff rarely raised an eyebrow, but then that was back in the days when people didn’t record those thoughts on a public forum like Twitter.

Now the danger, and opportunity, of turning up embarrassing details on operatives is reshaping how campaigns approach their jobs. Campaign research is largely divided into two spheres: offensive—digging up dirt on the opposition—and defensive, making sure your own house is in order. The former has gotten easier, and, according to operatives in both parties, the latter is now far more difficult.

“Unfortunately due to social media, there has been a proliferation in red flags on potential hires,” said one prominent Republican researcher. “Old opinions expressed on social media become important in a new context. The challenge is then do you hire that person or not. All of it is subjective.”

In the Mair and Czahor cases, veteran operatives believe the Bush and Walker campaigns fell into a familiar trap: assuming their senior hires didn’t need to be vetted. Democratic opposition researchers first surfaced Czahor’s tweets, and were also behind Mair’s downfall, flagging her comments to the Des Moines Register.

“When you’re considering an operative who has a long media trail, whether that means extended Twitter-fights or some controversial commentary that has earned them some prominent enemies, well then you should do a thorough vet,” said one senior veteran of GOP campaigns. “You and your candidate have to know what you’re getting into. Some operatives are worth that battle. Some aren’t.”

“It just shows a basic lack of due diligence,” said Elizabeth Jarvis-Shean, the Director of Research for President Obama’s 2012 campaign. “An even cursory review of the Twitter feeds of one’s potential CTO or digital strategist should be standard operating procedure.”

But in 2016, the same traits that can make staffers attractive—such as a knack for fighting partisan battles on social media—are the very ones that can make them liabilities. Operatives who grew up in the age of social media often think nothing of tossing off a snarky remark or two, and that reputation can help them foster relationships with reporters and fellow operatives. But those same comments can later be held against their bosses.

In Mair’s case, her outspoken support for immigration reform and same-sex marriage put her at odds with Walker on issues sensitive with the GOP base, such as the value of the Iowa cacauses and need for immigration reform, where the candidate has acknowledged changing his position. Iowa Republican Party Chairman Jeff Kaufmann called on Walker to fire Mair. (Iowa is a critical state for Walker, as he is depending on a win there next year to vault him to the Republican nomination.)

But Mair is unlikely to be the last operative to face a career stumble because of social media. The open question is how far down the campaign pecking order the social media threat will travel. Democratic researcher Greg Scanlon described checking public available social media posts and public records on Nexis for senior staff and consultant hires, but not lower-level employees. “Generally it’s way too time-consuming to run the traps on anyone more junior than that—at a certain point I think you just have to rely on the good judgment you’re hopefully hiring them for in the first place and make it clear they’ll be held accountable for anything that crosses a line,” he said.

“From an opposition standpoint, of course, it’s also tough to get much traction when a 22-year-old field organizer tweets something stupid unless it’s particularly egregious and/or a slow news day, so it’s usually much lower-risk anyway,” he added.

Privately, some Democratic operatives regret furthering placing staffers in the crosshairs. “We try to be careful, but sometimes we say things we wish we hadn’t, too.”

Eventually as more staffers—and candidates—grow up in the social media generation, there may be a tipping point where it’s no longer a firing offense. Until then, starry-eyed young political operatives should post a note on their iPhones: Tweet at your own risk. 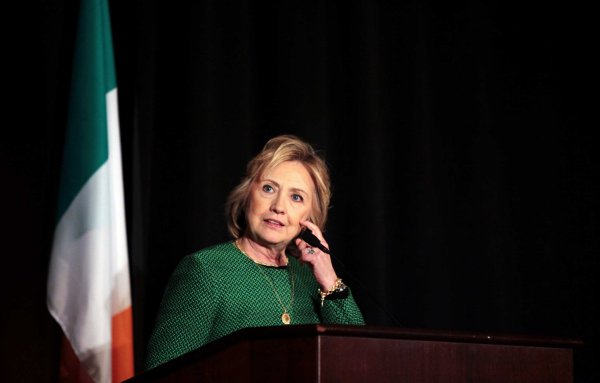