REVIEW: There's Nothing Urgent About Insurgent

We’re back in the woods with the kids. After three Hunger Games movies, plus a bunch of Twilight forestry escapades, one Maze Runner (with more to come) and that dawdling sylvan interlude in Harry Potter and the Deathly Hallows Part 1, the yawning YA genre packs its young audiences off to another Teen Boot Camp. Tris Prior, the flinty heroine played by Shailene Woodley, goes rural in Insurgent, the second episode in the inevitable four-part trilogy now called The Divergent Series. (Four-part because no matter how fashions change in semi-blockbuster franchises, the one unyielding Hollywood principle is greed.)

Given the modest surprise of last year’s Divergent — who’d have guessed that the nth YA retread could be so … O.K.? — Insurgent has two hurdles to scale: building on the promise of the first film and permanently anointing Woodley as the industry’s ferocious deadpan goddess. The picture comes up short in both categories. It’s wandering, not urgent, while indicating that all-Shailene-all-the-time can be too much of a pretty good thing.

Divergent, directed by Neil Burger, displayed an admirable seriousness and some grim verve in laying out the boundaries of novelist Veronica Roth’s dystopia — six segregated but ostensibly harmonious regions defined by their inhabitants’ skills. Latecomers can apply the mnemonic device FACADE: Factionless for the outsiders, Amity for the famers, Candor for the truthsayers, Abnegation for the selfless, Dauntless for the daring and Erudite for the smarties.

The first film had the benefit of being new — newish, given the familiarity of movies about kids getting hazed by ruthless adults — in picturing Tris’ emergence through those worlds into her own unique entity. She is not just a Divergent, the blending of several factions, but The Divergent. Neo from The Matrix. The Redeemer. The One. In pop-culture terms, Michael Jackson at his “Billie Jean” apogee. In liberal politics, sort of Obama 2008.

Insurgent, directed by Robert Schwentke, has Tris grappling with her superstar status and battling the powerful forces who might well be rid of her — all women in Roth’s full-fledged matriarchy. (Has any modern or ancient trilogy been so bereft of father figures?) Among the adversaries and potential allies are the queens of three other realms: Erudite’s Jeanine (Kate Winslet), Amity’s Johanna (Octavia Spencer) and Evelyn (Naomi Watts), rebel warrior of the Factionless.

In her own generation, Tris also has to gauge the shifting loyalties of her brother Caleb (Ansel Elgort), her Candor pal Christina (Zoe Kravitz) and the snide mercurial Peter (Miles Teller), while relying on her studly protector Four (Theo James). Having to arch up with all these characters propels Tris on a grand tour of her old haunts; with its repeat itinerary, Insurgent is less a sequel than a remake. The movie has an ordinary middle-chapter scenario, less The Empire Strikes Back than Attack of the Clones.

It does provide a few high-tech flourishes. The trio of new screenwriters — first-timer Brian Duffield, action specialist Mark Bomback (Live Free or Die Hard, Unstoppable) and designated Ron Howard scripture Akiva Goldsman (A Beautiful Mind, Cinderella Man, The Da Vinci Code) — has junked reams of plot from Roth’s second novel and added a magic box, a gift from the elders that will suss out the one true Divergent and, I don’t know, either save or ruin the land. (There’s also a scene in which, if I correctly read my Wikipedia synopsis of the book, one of the major characters is given a different murderer.)

Strapped into a Clockwork Orange apparatus with some Christian Grey leather, Tris endures a bunch of simulations that vault her across the Chicago skyline and into netherspace. These are moderately cool, but they simply underline the paucity of nuance and suspense in the people parts of the movie. Winslet and Watts, though never more gorgeous or glowering, mostly just strike attitudes, as if referencing Madonna’s old “Vogue” video.

The younger actors have even less luck. James, who made for a solid, stolid prince consort in the first film, turns whiny here. The only connection with more sizzle than fizzle is the enmity between Tris and Jeanine’s henchman and all-time rotter Eric (Jai Courtney). During the ample downtime watching Insurgent, you can amuse yourself by gleefully imagining dreadful ways to kill off Eric.

In the middling Divergent or the water-treading Insurgent, through the series’ thickets and longueurs, the one shining constant has been Woodley, the 23-year-old graduate from indie fare (The Spectacular Now, White Bird in a Blizzard, The Fault in Our Stars) to franchise savior. Without a touch of movie glamour, she wowed critics and forged identities with her young fans through her quiet intensity.

I confess I’ve been guilty of committing such rhapsodies, writing of Woodley, as Hazel in The Fault in Our Stars, that she:

But Schwentke seems to think that the way to bring epic heft to this 3-D franchise is to wallpaper the whole movie with intimate images of his young star. Over and over, her visage fills the giant IMAX screen like a sign painter’s view of a Hollywood Boulevard billboard during a two-hour traffic jam. One face, even Woodley’s, can endure only so much rapt attention. So for the last two chapters in the series, everyone is hereby ordered to step back a few paces. In the Allegiant movies, Woodley has to be ready for her medium shot. 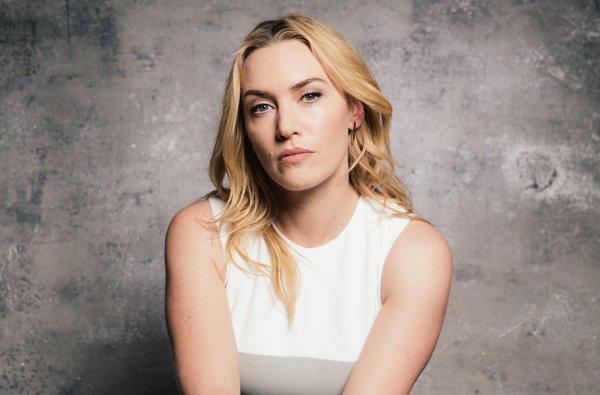