Jennifer Garner has a new movie coming out—Danny Collins, co-starring Al Pacino and Annette Bening—and she’s promoting it like many movie stars do these days: making the late-night circuit and doing something very, very silly in hopes of going viral. The Men, Women & Children actress stopped by Jimmy Fallon’s The Tonight Show on Tuesday for a round of Rock, Paper, Scissors, Pie, a spin on the classic game where contestants get pied in the face if they lose enough rounds. She didn’t fare much better than when Jada Pinkett Smith played the game late last year, but at least Garner was wise enough to wear goggles. 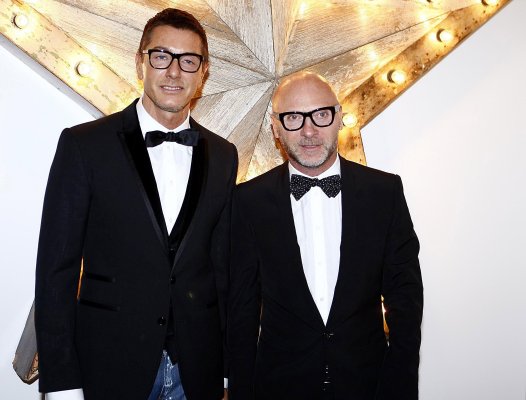 Dolce & Gabbana Try to Clarify IVF Remarks That Had Elton John Fuming
Next Up: Editor's Pick