The Presbyterian Church (USA) made a historic decision Tuesday night to formally recognize gay marriage and allow same-sex couples to marry in its congregations.

The largest Presbyterian denomination in the U.S. voted to redefine the church constitution on marriage to include “a commitment between two people, traditionally a man and a woman,” the New York Times reports.

The vote, which was approved by a majority of the church’s 171 regional bodies (or presbyteries), cements a recommendation made last year by its General Assembly. As of Tuesday night, the vote stood at 87 presbyteries in favor to 41 against with one tied.

“Finally, the church in its constitutional documents fully recognizes that the love of gays and lesbian couples is worth celebrating in the faith community,” Rev. Brian D. Ellison, executive director of the Covenant Network of Presbyterians, which advocates for the inclusion of gay people in the church, told the Times.

There is a provision that states no clergy would be compelled to preside over a same-sex marriage.

The denomination has some 1.8 million members and about 10,000 congregations.

Correction: The original version of this story incorrectly described the Presbyterian Church (USA). It is the largest Presbyterian denomination in the U.S. 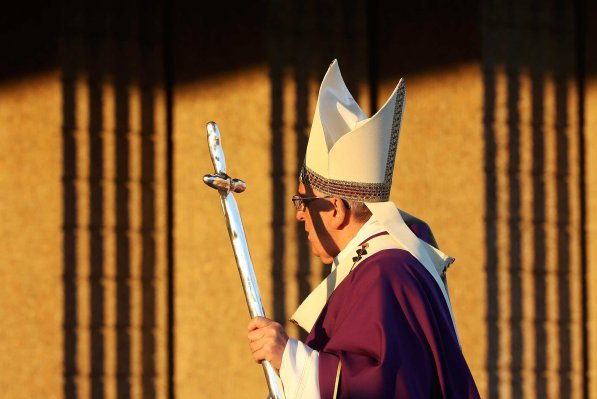 Pope Francis Predicts a Short Term
Next Up: Editor's Pick