You Can Soon Send Money to Your Friends on Facebook

The social media giant announced Tuesday it will soon allow users to securely send and receive money via Facebook’s standalone Messenger app. The free service, which is being released gradually to U.S. users over the coming months, will require a linked Visa or MasterCard debit card that has been issued by a U.S. bank.

Facebook said the updated Messenger app will include a “$” icon on the screen that will lead to a payments screen when tapped, allowing users to enter the amount of money they wish to send to a specific friend. Both users involved in a transaction would need to have a debit card linked to their Facebook accounts to make the transfer.

As an added layer of security, Facebook said users will have to create a PIN that must be entered before a money transfer can be made, while Apple iOS users can also enable Touch ID. Facebook added that users’ debit card information will be “kept in a secured environment that is separate from other parts of Facebook,” and that a “team of anti-fraud specialists” will monitor the platform for suspicious activity.

Tuesday’s announcement should not come as a huge surprise to anyone following Facebook, which hired PayPal president David Marcus last June to run its mobile messaging products. CEO Mark Zuckerberg also later confirmed that there would eventually be “some overlap” between the company’s messaging and payments platforms during an earnings call.

The new mobile payments service will pit Facebook against other tech companies that have already dug out space in that market, including Venmo and Square, which launched a partnership with ephemeral-messaging service Snapchat last fall called Snapcash.

Apple has also spent the past several months building up the support network for its mobile payments platform, Apple Pay, which allows users to pay for products in stores using their Apple devices. 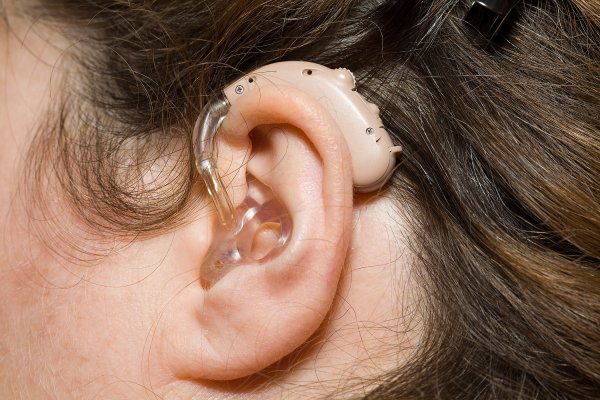 Can We Build an Internet That Includes the Hearing Impaired?
Next Up: Editor's Pick